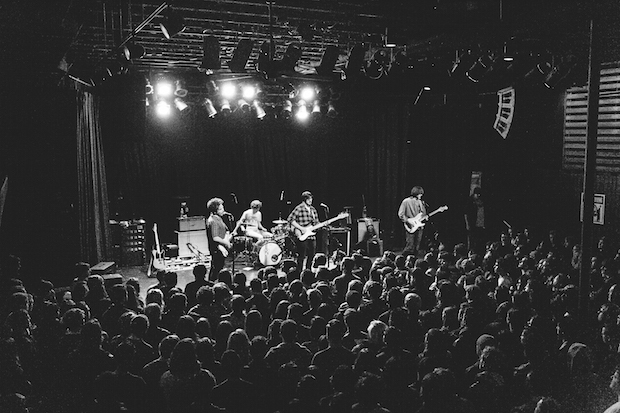 Consider yourself one of the lucky ones if you caught Parquet Courts’ show on Feb. 5, because they put it down at Exit/ In. With a busy, busy 2014, releasing two well received albums and being named Band of the Year by Spin, the Courts could have coasted into 2015. Instead they’re on tour, continuing to ride the mojo they’ve generated. On their Nashville stop, they hosted some heavy punk rockers out of Memphis, Nots, and local alt-rockers Churchyard in warmup spots. However, if you missed the close to sold out show it’s all good, we have a recap after the jump, with superb photos from contributor Jake Giles Netter … enjoy!

Circling the block for a second time, in search of an after 6 p.m. meter, I was surprised at just how big the turnout was at Exit/In. Of course most ‘real’ music fans know who the Parquet Courts are (or have at least heard of them), but for a line of that size to be forming, it would appear they are officially crossing over from indie darlings to quasi-big-deal status. More power to them; few bands put in as much work in 2014 as they did, so it’s well earned and deserved. 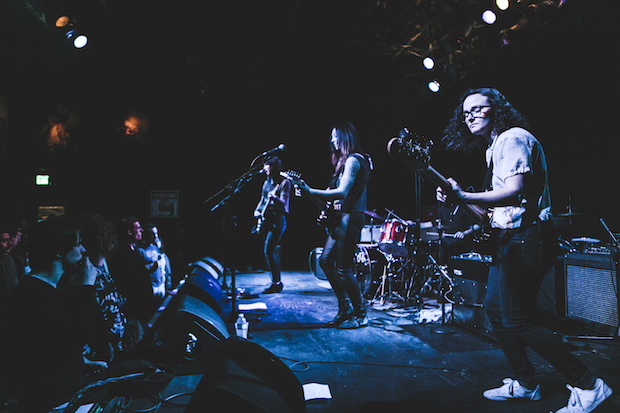 The first performers of the night were a local band whose name I’d heard tossed around before, but I’d yet to see for myself. Churchyard are a garage grunge band with a dark edge, and just enough alt-rock to remind one of the heyday of the era in the 90s; honest playing and witchy lyrics with punk riffs, and a unique blend of sounds that will only get better with time as they expand their performances. 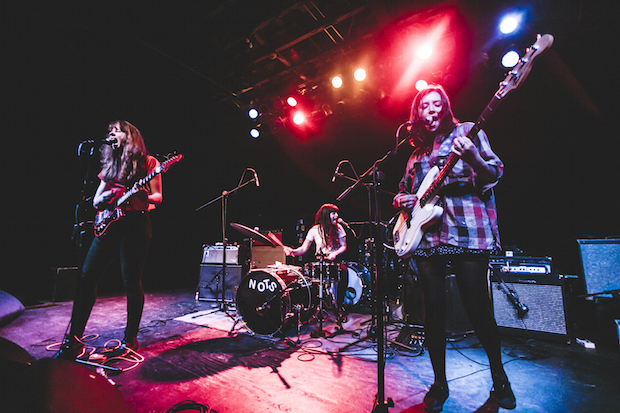 And with that, the fearsome female four-piece were rocketing into their set at 1,000 mph. Comprised of members from various other bands (Ex-Cult, Manatees, Moving Finger) it was obvious immediately that all of them were seasoned performers, who were playing just fast/loose enough to be punk but just tight enough to let us all know they knew what the fuck they were doing. At times, they even had a psych vibe, much like the Thee Oh Sees or similar bands of that flavor, but with Ramones style shouting backing vocals.

Their singer/lead guitarist was channeling her inner Jack White, bounding around, laying on the stage and making her guitar shriek in ecstasy. Nots were fast and aggressive from start to finish, especially the drumming, and I was instantly a fan. It seemed Parquet Courts were too, because before the ladies had finished, I noticed Andrew Savage (singer/guitarist) enjoying himself in the crowd, just like the rest of us. 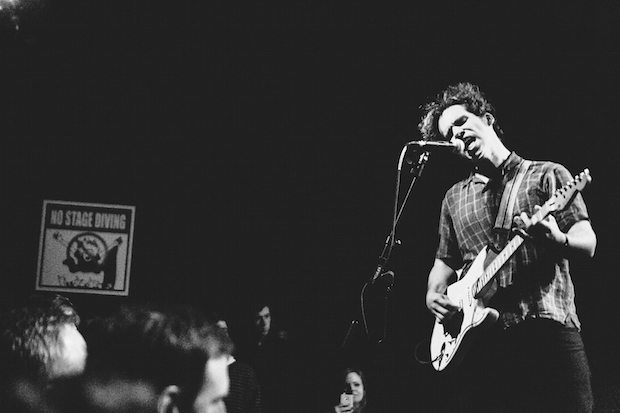 By the time Parquet Courts took the stage, it was as crowded as I’d ever seen it at Exit/ In. The secret is officially out; these guys rock. True to form, they got right into it, playing a lot off 2014’s Sunbathing Animal, and some older favorites like “You’ve Got Me Wondering Now.” They seemed to have honed their show to an even sharper edge than I’d seen a few months back at the Third Man Records Blue Room. Not that there was anything wrong with that show; they were awesome! They’d just taken it up yet another notch this time.

About halfway through the show, the scene kids in the front finally started getting a decent mosh together for the faster songs, like a super heavy version of “Always Back In Town,” losing their shit during extended guitar solos and glorious amp feed back. The guys were playing so hard they popped strings, but only took pause for a swig from the flask. Always in full control though; orchestrated improvisation, basically, perfection for their brand of garage punk that appears to be more than a passing fade. Enjoy photos from Jake Giles Netter, get all of PQ’s records and, whatever you do, see them live!