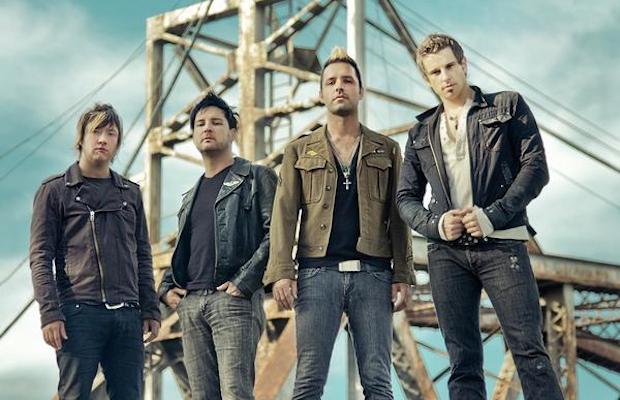 Nashville rockers Luna Halo disbanded in 2012, but will reunite with a plethora of other local talents for the final show in the current incarnation of 12th & Porter on February 28th.  The other acts on the bill include Newmatic, The Cavalry, Isaac Hayden, Lewis Brice, and more.  The show will begin at 9:30pm, and info on tickets will be announced soon.

Luna Halo may not have had the commercial success of other rock bands in Nashville, but they certainly caught the attention of Taylor Swift, who covered the second track from their 2007 self titled release, “Untouchable”, in her 2008 sophomore LP, Fearless.  The ultimate demise of Luna Halo did not mean an end to the musical journey for the member though.  Singer Nathan Barlowe ultimately started blog faves Five Knives, while his brother Cary has been penning #1 songs for the likes of Florida Georgia Line and Lady Antebellum.  Bass player Aaron Jenkins has gone on to work for Need To Breathe, Kings Of Leon, and Brad Paisley; and Chris Coleman has been the touring auxiliary player for Kings Of Leon and his wife, Holly Williams.

Asked why they were getting the band back together for the 12th & Porter farewell, the location of their own farewell tour a little over two years ago, Nathan replied, “We have a lot of memories here. This is one of the places that gave us our start and it only felt right to pay our respects and tell her goodbye.”  Newmatic frontman, Brian Fuentes, echoed similar sentiments, “I have played 12th and Porter 30-40 times over the past 8 years and throughout those years I’ve made lifelong friends and everlasting memories.”

To many, the closing of 12th & Porter is another example of a changing Nashville landscape, though, it’s really no fault other than our own.  If Nashvillian’s were supporting the local venue, it’s unlikely it would be in this situation.  In discussions with owner, Keith Hayman, he expressed similar sentiments.  He upgraded the springboard venue with top of the line audio and video, brought in food to appease lawmakers, and upgraded the hospitality to make the venue an ideal destination for local and touring bands.  Unable to meet the bottom line, Hayman sold the club to a local hospitality group, and says, “I still have my fingers crossed.  It’s turn-key with great audio and video equipment in the building, but no offer was made by the new hospitality team to purchase that equipment.  The new hospitality group continues to explore potential partners to utilize the building.  The landlord appreciates and honors the history on the block.  We will see what happens.”

Hayman followed that up with sentiments that we here at No Country can only applaud about supporting the local music industry and those venues that you cherish so much.  “We encourage music lovers and the industry to keep spending money on live music at small venues.  Do not take music for granted.  The musicians work harder than you can imagine.  It’s getting more difficult for everyone to make a good living, giving you the soundtrack and experiences that enhance your lives.”

We’ll have more about this show as it approaches, but, in the meantime, check out “Untouchable” by Luna Halo below and the cover by Taylor Swift.  Let us know which one you like better in the comments.