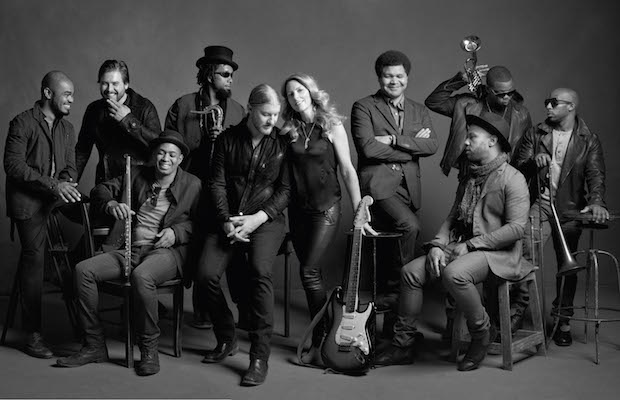 Tedeschi Trucks Band are returning to Nashville for a two-night stint this week at The Ryman Auditorium on Thursday, Feb. 12 and Friday, Feb. 13. The second night has already sold out, and, as of publishing this post, a mere FOUR tickets remain for tonight. Tonight’s show also features the incomparable resonator and lap steel master and producer Jerry Douglas opening up. Then, tomorrow, things will kick off with Parker Millsap.

Check out below to learn more about night one’s acts!

Rather than continue touring apart while working on their own separate projects, husband and wife Derek Trucks and Susan Tedeschi decided three years ago that they should join forces and form a bluesy, jazzy, jammy superband. And thank God they did. Ever since, they’ve been churning out soulful, emotive recordings, videos, and live performances that leave fans constantly begging for more. Further, the two band leaders are so humble they always remember to give their inspiring bandmates a chance in the spotlight during shows, and it gives the shows a very dynamic feel.

The opener on the Thursday night will be the man that James Taylor once referred to as “the Muhammad Ali of the dobro,” Jerry Douglas. This 13-time Grammy winner has shared the stage with many greats like Eric Clapton, Dr. John, Bela Fleck, and Allison Krauss. This man is no stranger to The Ryman Auditorium, and we’re excited to see this amazing musician in action.

Tedeschi Trucks Band will perform February 12 & 13 at The Ryman Auditorium. The show is all ages, begins at at 7:30, and very few tickets remain to purchase.