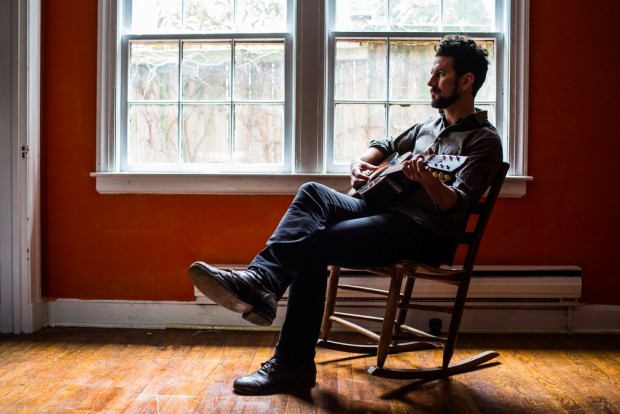 Old Crow Medicine Show had one of our top albums of 2014 and now multi-instrumentalist and songwriter of the group Gill Landry has released an album on his own, a self-titled effort with guest appearances from friends he’s made during his adventures with OCMS. Landry will play The High Watt on Thursday as a part of Communion Nashville night with local rockers The Wans, Louisiana-based singer Kristin Diable, and local electronic duo Future Unlimited. Read more to learn about the lineup, and grab tickets for this incredible bill.

The Louisiana native Landry recorded and produced the record in “a ramshackle, shanty-ass apartment on the south side of Nashville.” Guests on the album include Laura Marling, singer-songwriter-guitarist Robert Ellis, trumpeter Nick Etwell of Mumford and Sons, and Odessa Jorgensen. If you’ve listened to or seen OCMS live then you know every member of the band is a world-class Americana musician, steeped in the traditions of American roots music. You can get a taste of where Landry takes those influences on the first single “Just Like You” below.

We couldn’t stop talking about The Wans last year, when the psych-garage trio gained a ton of hype and released their debut record He Said She Said. Combining influences of Nineties grunge and Sixties psychedelia, the group plays good, old-fashioned power rock and roll.

We think Future Unlimited are a criminally underrated local group influenced by electronic and post-punk sounds. They put on a great live show, have a SoundCloud filled with a diverse body of compositions, and are completely worth checking out if they’re not on your radar.

This Louisiana native recently wowed at one of our Acme showcases playing soul-influenced rock and roll that reveals her creole roots with just an acoustic guitar and her haunting vocals. With a new record coming out at the end of the month produced by Dan Cobb (who’s also worked with Sturgill Simpson and Jason Isbell), you’ll definitely be hearing more about this singer-songwriter soon.