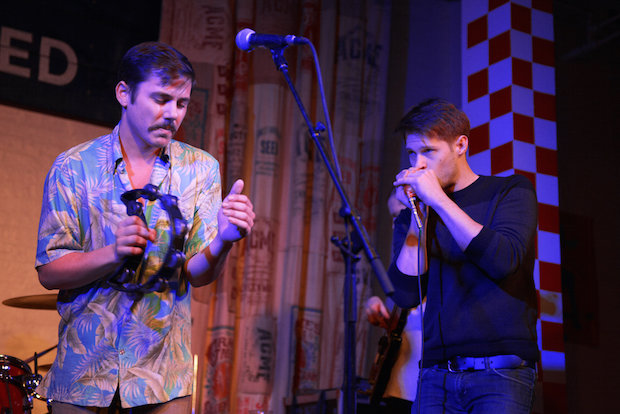 When it comes to booking bands for our weekly FREE showcase, No Country Presents, in partnership with Acme Feed & Seed, the hits keep coming. If you were there, you already know rising star Kristin Diable rocked her solo set with respect and new(ish) kid on the block Christian Luthi funked it up with his eight member band … but if you missed it, we have a full review for you after the break, including some fantastic photos from staff photographer Mary-Beth Blankenship. We promise to keep bringing the talent week after week, as long as you keep bringing yourselves, and all your friends. So with that in mind, keep reading, and we’ll see you Feb. 3rd for Animal People and MELK (full preview here).

Death, taxes, and planting my ass in a bar stool every Tuesday night at Acme; these things are certain. Don’t get me wrong, the first two I could do without, but the last I enjoy immensely, and this past Tuesday was no exception. Throw in snagging a free parking spot on a past 6 pm meter downtown, and I knew it was going to be a very good night. Thank God for the little things … 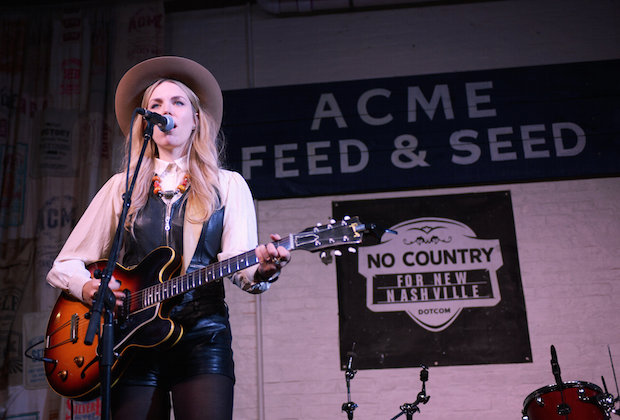 The tall, blond drink of water that is Kristin Diable took the stage alone, with her beautiful, vintage Gibson guitar, an amp, and a microphone. The trend for our showcases lately has been big bands, big sounds and bigger and bigger crowds. The crowd was just as large as previous weeks, but it was the first time in awhile that we had a performer doing it solo. I was eager to hear what the Louisiana soul rock ’n’ roller had to offer with such a stripped down presentation.

There was nothing minimalist about her wonderfully smokey, rich and haunting vocals. The vibration of her tremolo laden Gibson and her voice were captivating, even over the din of the dinner crowd. Her song writing is inspired, and her New Orleans/Baton Rouge roots bleed through, ever so slightly, in her intonation.

“I’m learning,” she sang. “The True Devotion, is learning how to love you, as you came.” With a new album, Create Your Own Mythology, helmed by super-producer Dan Cobb (Sturgill Simpson, Jason Isbell), due out Feb. 24, you’ll be hearing more gems from Kristin sooner than later. She closed out with a wonderful a cappella number that shimmered with creole flavor, stripping down an already nearly bare performance to it’s purist, and simplest form, with chills a plenty. 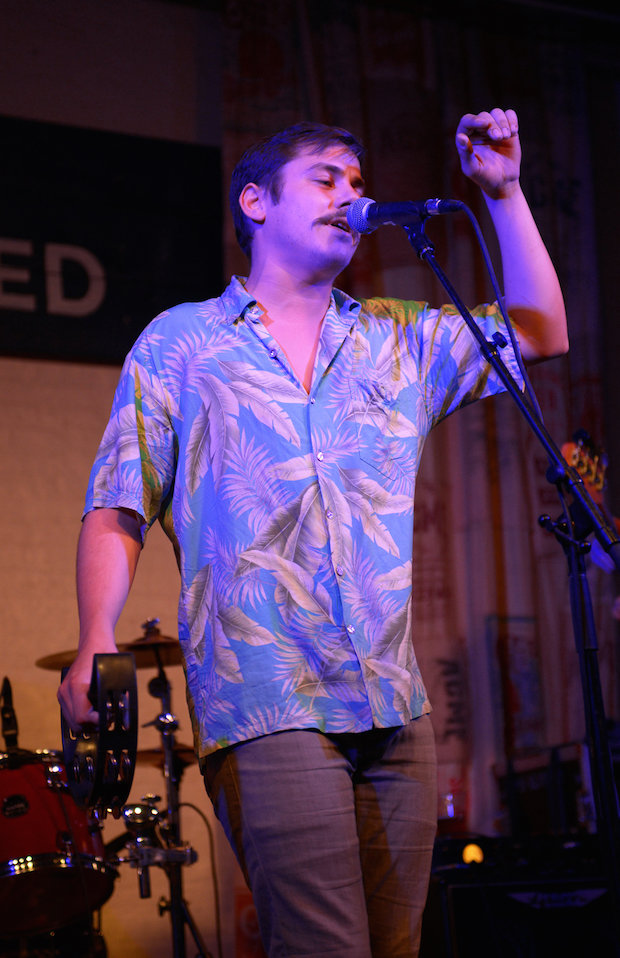 In stark contrast to what had just come before, Christian Luthi and his large backing band had big, but never overbearing, sound. They featured a trumpet, bass, keys, guitar, full drum kit, plus bongos, and an incredibly talented harp player. They also brought the party. In his Weekend At Bernies Hawaiian shirt, and mustache to match, Mr. Luthi was the consummate frontman. Lightning in a bottle, uncorked for us all to enjoy.

Huge energy from all of them right from the start, giving the crowd a funky jam session that snapped heads up from their baskets of hot chicken bits. Much to my personal delight, they mixed in some covers, including a pretty spot on version of Joe Cocker’s “Feelin’ Alright,” which had us all feeling even better than just alright. They took little pause in between and continued blasting through an originals heavy set, Christian’s Adam Levine (of Maroon 5, The Voice fame) meets Paul Simon vocals steering the ship the entire time. 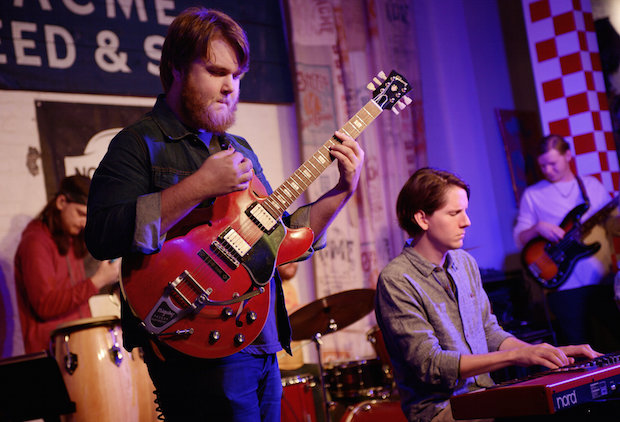 They played with balance and poise, but, personally, I could have used a little more dirt/distortion to counteract such clean, soft vocals. But maybe that was the point, to high-light their lead singer, and take away focus from the players in his ensemble. Regardless, this cat is young (he was also celebrating his birthday this night), so he has more than enough time to fool around with his sound.

They closed with Bill Wither’s “Use Me,” which nearly brought the house down, and the harp verse guitar solo battle was so awesome, it made my insides quiver. Something about perfect pitch harmonic and blues guitar licks that really gets my blood pumping. After the music was over, I found myself wondering off into the night with the birthday boy and his band, drinking till the wee hours of the morning, and singing awful karaoke in a dive off Printers Alley; the only way a good night out in Nashville should ever end.

Be sure to check out photos of both performances from Mary-Beth Blankenship below, and don’t miss out next week when we do it all over again, but with some new faces (Animal People and MELK). If trends continue, it would appear things are continuing to kick into higher gear for No Country Presents and Acme Feed & Seed, so be sure to be there every Tuesday night. Hell, it’s free, and down the road you can always say you were there, before the next local band broke big, when they were still playing on Broadway.