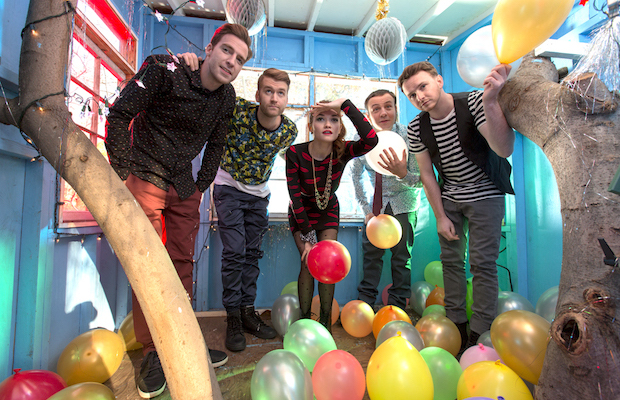 MTV has named New York City natives Misterwives (which is a play on the Mormon term ‘sisterwives’) a 2015 Artist to Watch, and we can’t help but agree. The members of Misterwives created their group in 2012, and already they’ve captured the attention of the country – without even having released a full length album yet. After their first EP, Reflections, the title song secured the #1 spot on Billboard‘s Emerging Artist Chart and made their debut on Jimmy Kimmel LIVE. Pretty damn great start to a band, don’t you think?

Now Misterwives are gearing up to drop their first full length album, Our Own House, on Feb. 24 of this year. The very next day, they’re hitting the road for a North American tour, and one of the stops will be here in Nashville on March 24 at The High Watt with Borns (head here for tickets). So, if you haven’t already gotten to know this dance/pop group, we’re thinking now is the time to do so. Keep reading to see their famous song “Reflections,” and click here to pre-order their new album Our Own House.