Nick Offerman & Megan Mullally Announce May 15 Show at The Ryman 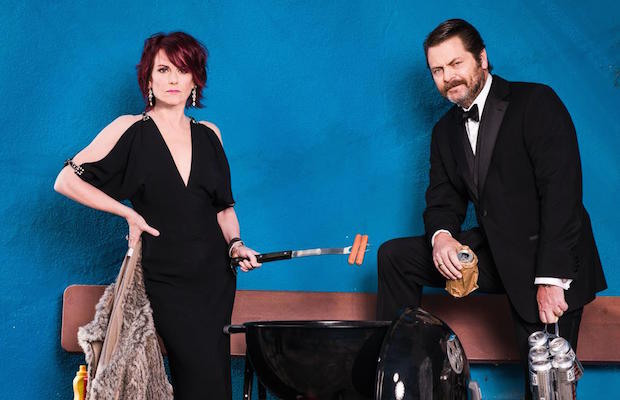 Comedy power couple Nick Offerman and Megan Mullally are known for a wide range of roles and comedic pursuits, the former, most prominently for portraying Ron Swanson on NBC’s Parks & Recreation and the later for her role as Karen Walker on Will & Grace. And, while neither of them have carved their careers as conventional standup comics (though Offerman’s standup-ish recent Netflix special is amazing, and Mullally got her start on stage), they’re no strangers to the live performance. In an effort to spend more time together on the road, the pair have timed up for a show they’re billing “Summer of 69: No Apostrophe,” mixing songs, standup, and more, and they’re set to play Nashville’s own Ryman Auditorium on May 15. Tickets go on sale Friday, Feb. 13 at 10 a.m. CST here. While we couldn’t find any official videos of the pair’s live show, we’ve embedded a fun joint interview from Late Night with Seth Meyers, where they discuss the tour, below!