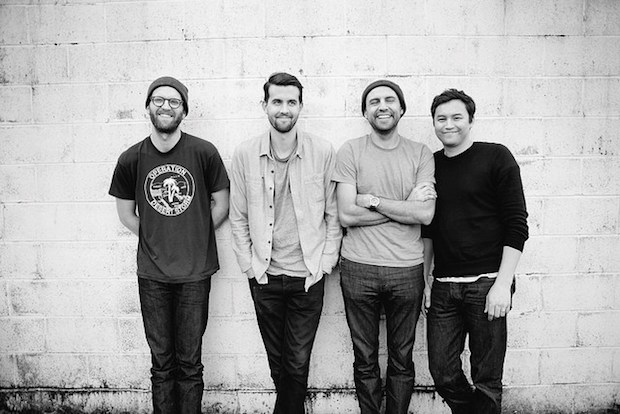 Tonight will be a night to embrace change, hard work, and the new year of 2015. All three bands performing at The High Watt have gone through great leaps and bounds, molding their groups to perfection… and, they’re all eager to show it off.

The one major thing all three have in common? Francisco The Man and Wildfront both released albums within the last couple of months and Chrome Pony is gearing up to record and release some more records this year even though they just released their last one in August of 2014. These bands are busy, and for one night in Nashville they are coming together to display the hard work they have each put into their music.

Having recently released their debut album Loose Ends at the tail end of 2014, Francisco The Man is getting ready to kick off their first tour of 2015 right here in Nashville. The self-proclaimed “regional Mexican/Italian pop/shoegaze” group hails from California, and we’re seeing it as an honor that they’ve chosen to begin their tour right here in Music City. Signed to Fat Possum Records/Small Plates Records, the quartet has been seven years in the making. Between being hormonal teenagers in a rock band at the beginning, a near death experience, and a two-year hiatus, they’ve had a rocky, dramatic start – but now they’re ready to put the drama behind them and settle into the world of professional musicians with ease.

We here at No Country for New Nashville cannot get enough of Wildfront. Only recently we gushed about their new video for “Strange Gold,” the title song off of their latest album, and now we’re thrilled that they’re on the bill for tonight’s show at The High Watt. With Strange Gold having been released just last week, we’re sure the group is eager to play some songs off of the new record.

Founded by brothers Kyle and Tyler Davis (born on the same day two years apart, by the way), Chrome Pony hails from Music City, and released their most recent record, You Are the Pisces, in August of 2014. It’s only been a few months, but already the busy quartet are planning to release more music in 2015. Before then, they’ve generously agreed to serenade Nashville with their works tonight at The High Watt.

Francisco The Man, Wildfront, and Chrome Pony will perform on February 11th at The High Watt. The show is 18+, begins at 9PM (doors at 8PM), and tickets are available for $8.