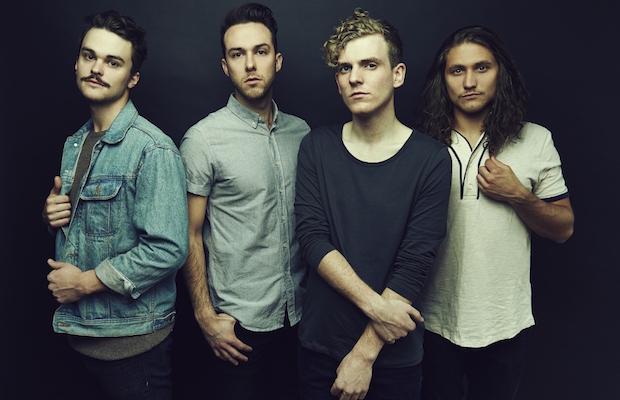 It’s been a long time coming, but local indie pop outfit COIN have finally announced the release of their debut album! Simply titled COIN and helmed by Grammy nominated producer Jay Joyce, the full-length will arrive in June on Columbia imprint StarTime International. We’ve been obsessing over COIN’s infectiously catchy and dance-ready flavor of indie rock for a couple of years now, and have delighted in watching the young group rise from the ranks of being another promising Belmont band to become a mature and polished group with an unbeatable live show, teetering on the brink of breakout mainstream success. Ahead of COIN, the band will also release a COIN EP, which contains three tracks that will also appear on the LP. The first of which, insanely catchy and upbeat new banger “Run,” premiered today via Idolator, and you can listen to it below! Although COIN don’t currently have any Nashville dates on the books, we expect to see something pop up in the coming months.