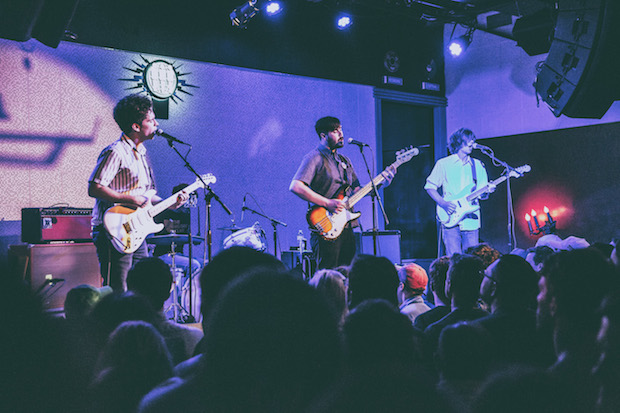 Parquet Courts looming return to Nashville on February 5th brings us back to their last Music City performance at the Blue Room at Third Man Records in June of 2014.  It also reminds us that there is still a receipt in the desk to grab a copy of the live limited edition Black & Blue Vinyl from that show.  News surfaced yesterday that the live recording will be released on March 3rd, and it was also announced that black vinyl copies will be availble in unlimited pressings.

That’s good news for those of you that didn’t snag tickets in time, because it was an impressive set from one of the top punk rock and roll bands working it these days.  Don’t make the same mistake twice though.  Parquet Courts are playing Nashville’s Exit/In on February 5th, and some tickets are still available for $13 advance here.  While you wait for Februrary 5th and again for March 3rd, get some Friday morning jams rolling with another live set of PC’s as captured by Seattle based powerhouse radio station KEXP below.