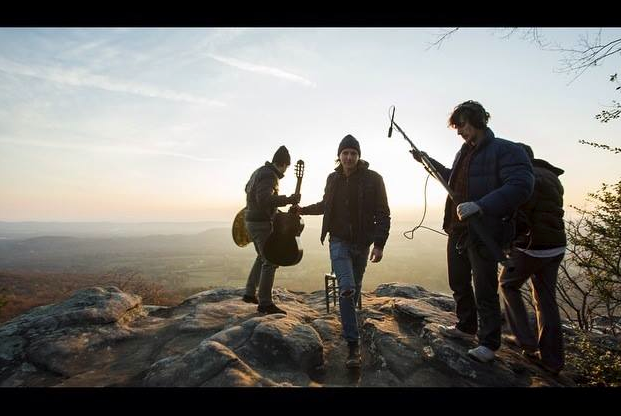 If you’re one of the lucky Americans who had the day off on Monday (Happy Belated Birthday, MLK, Jr.), your week is likely completely thrown off and you’re waking up today with the sick dread of Tuesday in your gut. Surprise! It’s Wednesday, and we’re here to help you celebrate the joys of having a short work week. Kip Bradley (of the rock group SharkWeek) is heading to The Stone Fox tonight to play a set with The Yahnnies and General Dollars. As long as you can legally vote (and have $5) you’re welcome to come see Kip Bradley take over Music City for the night.

Rock/alternative country artist Kip Bradley is a North Georgia native who has had his fair share of traveling the USA. After breaking away from his southern roots, he headed out west to Oregon, then Mississippi, North Carolina, New York, and finally landed in the state he now calls home – good ol’ Tennessee. Here, he formed a rock group known as SharkWeek and toured the Southeastern portion of the United States. Now, though, he’s looking to soar out on his own for awhile. Kip Bradley is working on an LP expected to drop sometime this year (though the date is still TBD) and in the meantime is working on building up a live performance presence.

Kip Bradley, The Yahnnies, and General Dollars will perform on January 21st at The Stone Fox. The show is 18+, begins at 9:00PM, and tickets are available for $5 at the door.