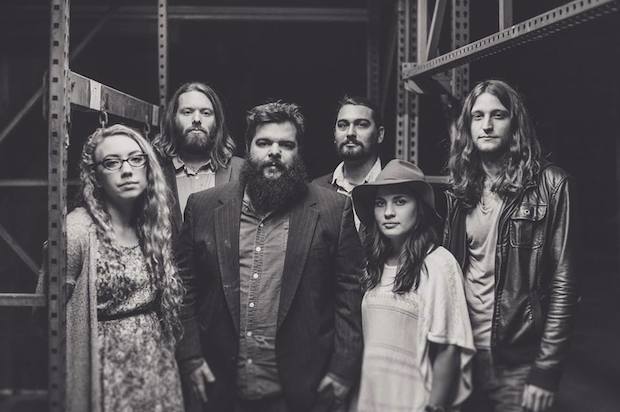 Hailing from Denton, Texas, Seryn has made some major changes in the last few years since the release of their debut album This Is Where We Are. No longer tied to a label, the folk rock group has gone full indie. Their lineup has changed around a bit, and the six-member band has made the big move to Music City where their unique combination of ukelele, banjo, guitars, percussion, violin, accordion and bass set them apart from the usual flock of indie rockers.

Even with all of this insanity happening in the life of the group, Seryn has found time to put together their highly anticipated sophomore album Shadow Shows, set to be released on February 17th of this year. To add to the excitement, Seryn has also announced an album release show, which will take place right here in Nashville at The High Watt on February 12th. If you just can’t wait to get in on the exciting action, though, then we recommend you check out the band’s preorder page right here, and stream the first single, “Disappear” below!