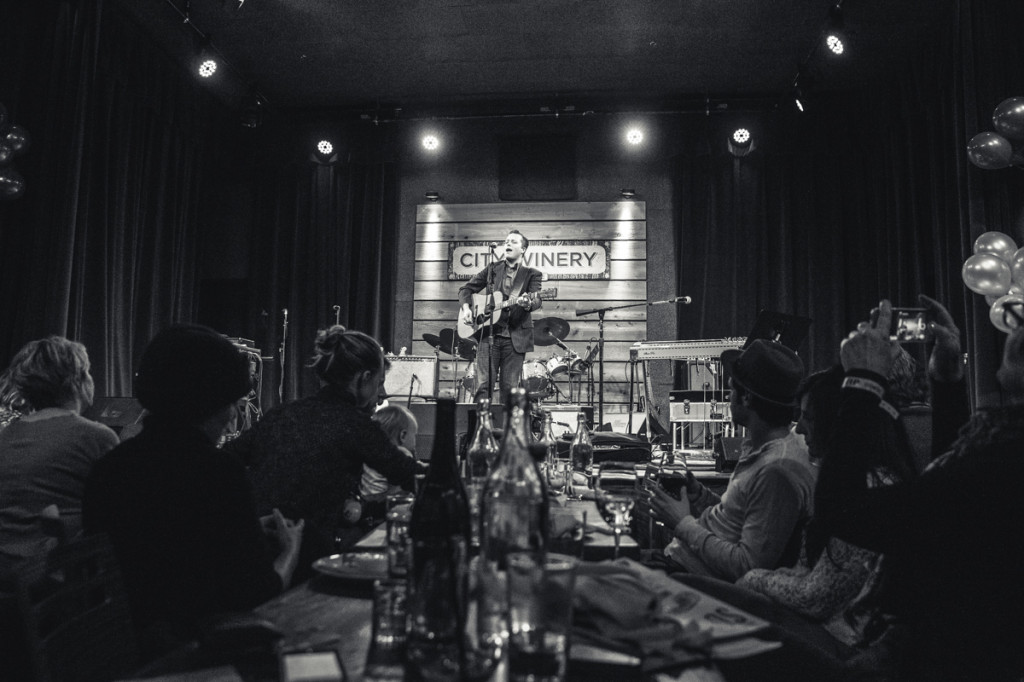 Can it get much better than a line-up featuring Jason Isbell, John Oates, Jim Lauderdale, Elizabeth Cook, Andrew Combs, Cory Branan, Alanna Royale, and Cale Tyson with Steelism as your house band? The answer is no, and that was the setting on Thursday, January 8 at City Winery when American Songwriter magazine celebrated its 30th Anniversary.  It was no surprise that the event sold out so we considered ourselves very lucky to be in the audience at one of our favorite venues.

We have our full review, and some amazing photos from Shawn Jackson of  Sundel Perry Photography below. 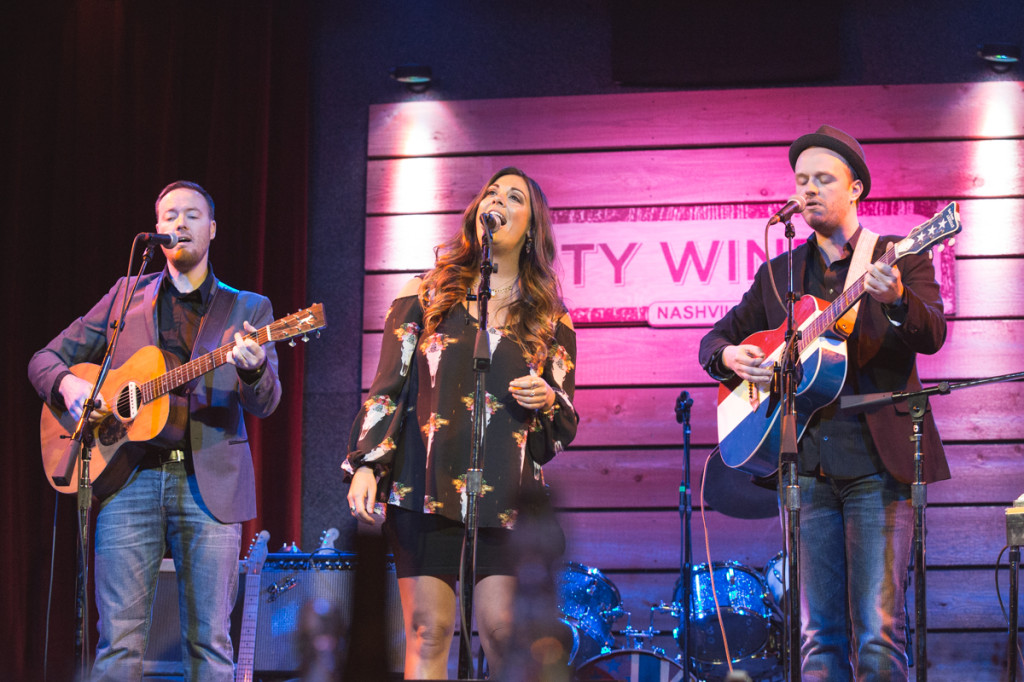 While video screens on each side of the stage scolled 30 years of American Songwriter magazine covers, Editor Caine O’Rear kicked off the show by welcoming everyone before introducing contest winner, Deep Hollow, who performed their winning entry, “Devil”.  He then introduced Nashville’s favorite instrumental rock duo, Steelism, who opened the show with a couple songs and played several others throughout the night between and with the other artists.  Their debut album, 615 To FAME,  pays tribute to vintage sounds from surf rock to lounge jazz to Latin rhythms to “spaghetti western” soundracks to Duane Eddy-style country twang.  A couple standouts tonight were “Sleepwalk” by Santo and Johnny and the Shadows’ “Apache”, which even caught John Oates’ attention. 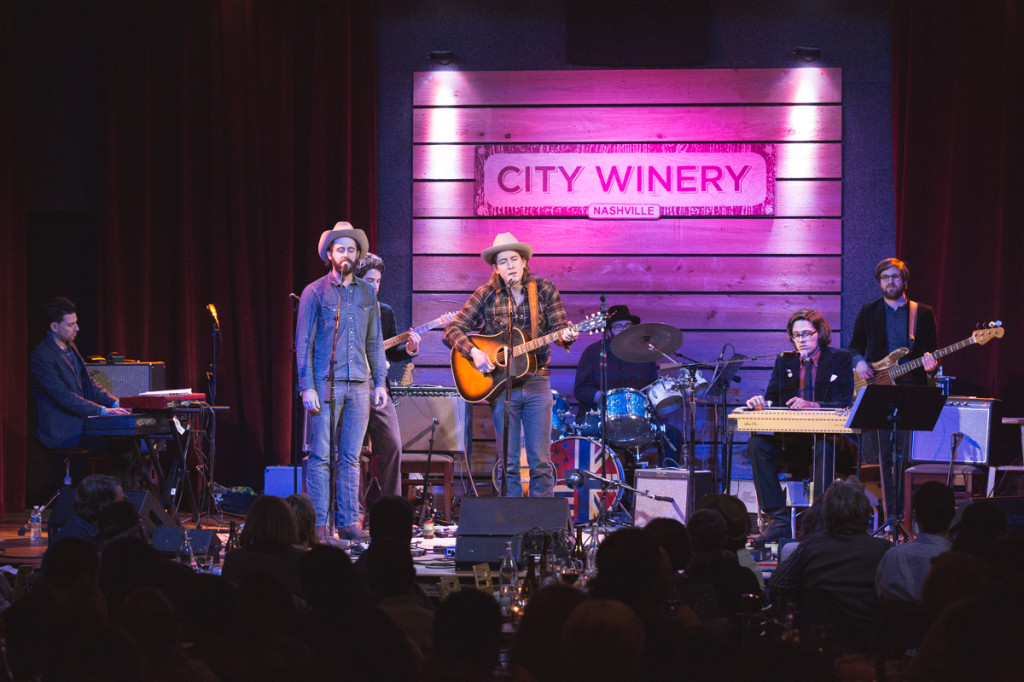 Next up was Cale Tyson, who advised that he had missed soundcheck but you wouldn’t know it by his classic country performance, where he was joined by Pete Lindberg and backed by Steelism.  We also learned that Tyson was an intern at American Songwriter. 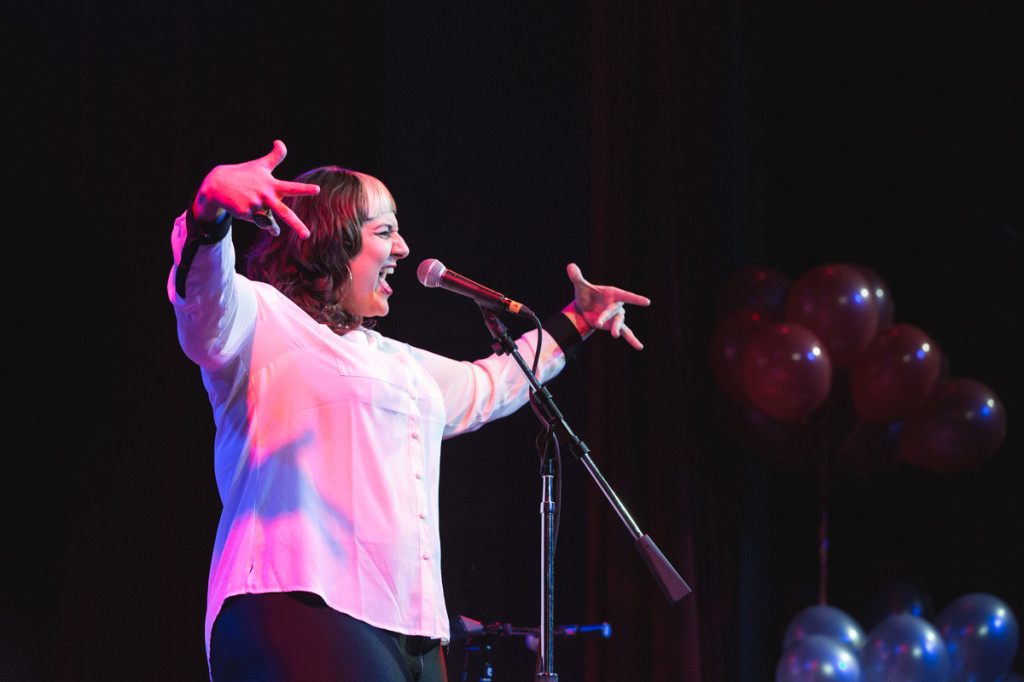 We’ve seen Alanna Royale quite a few times but tonight Alanna was backed by Steelism and a couple of the Nashville Horns.  She did “Cop Show” from their great debut album, Achilles, and a cover of “Bulletproof”, which she said was her introduction to Amanda Shires and Jason Isbell. 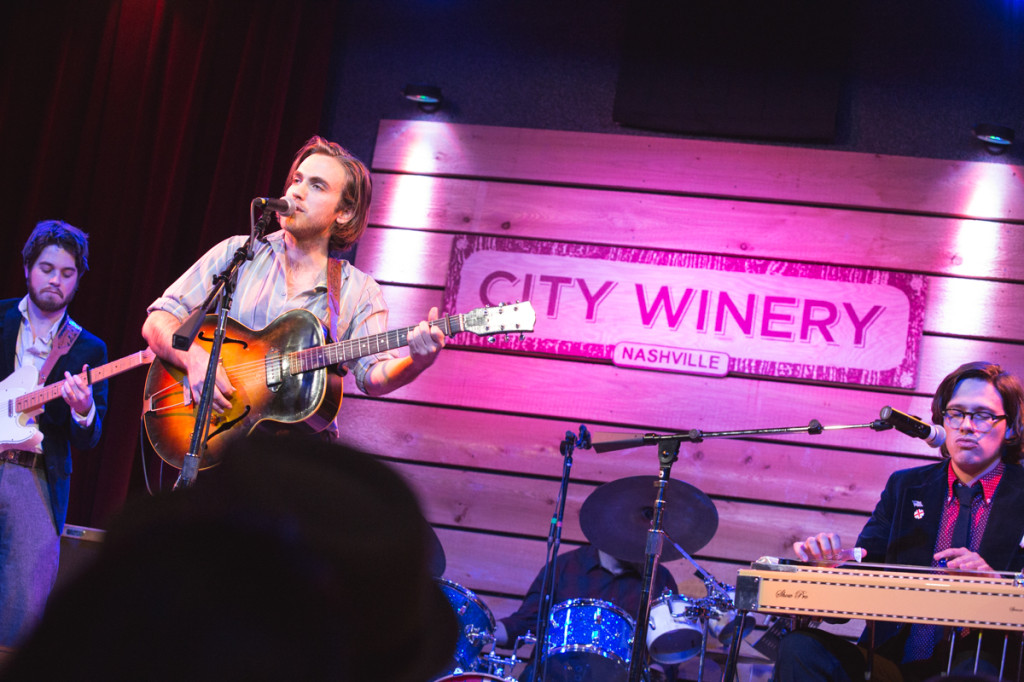 Another former American Songwriter “Hall of Fame” intern, Andrew Combs, did a great three song set, which we assume included at least a couple from his upcoming sophmore album.  Andrew was recently named as “one of ten artists to watch” and one of NPR’s “Musicians You’ll Tell Your Friends About” in 2015. 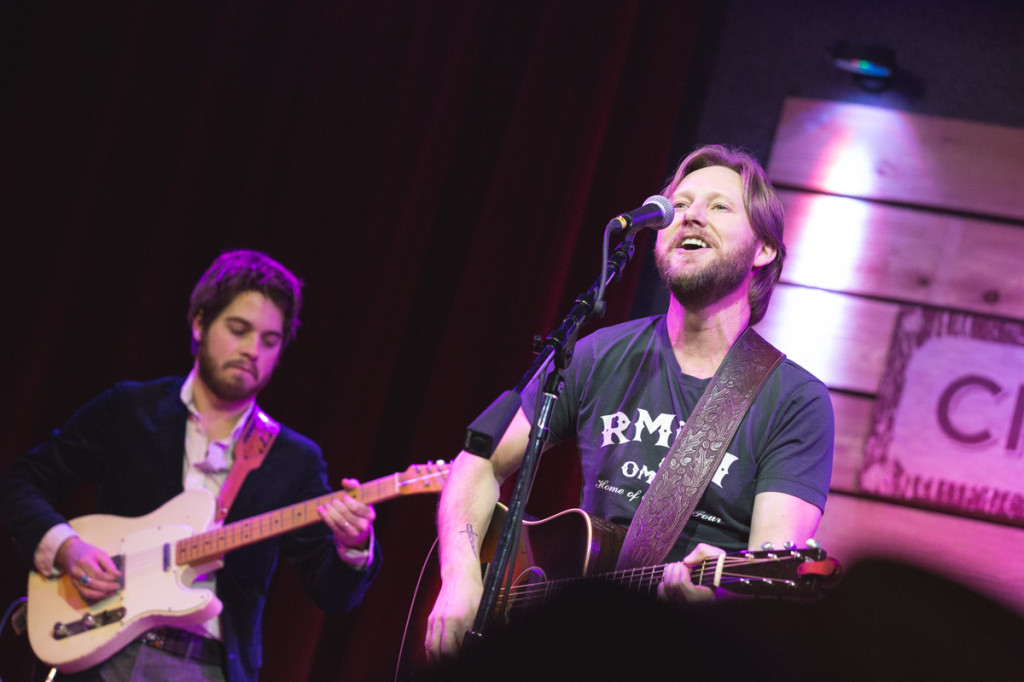 We’ve seen Cory Branan several times recently including solo sets opening for JTE at the Ryman and a show at Music City Roots but it was great to hear him playing a couple songs with a backing band before a solo version of “Meantime Blues” and an unplugged version of “Prettiest Waitress in Memphis”. 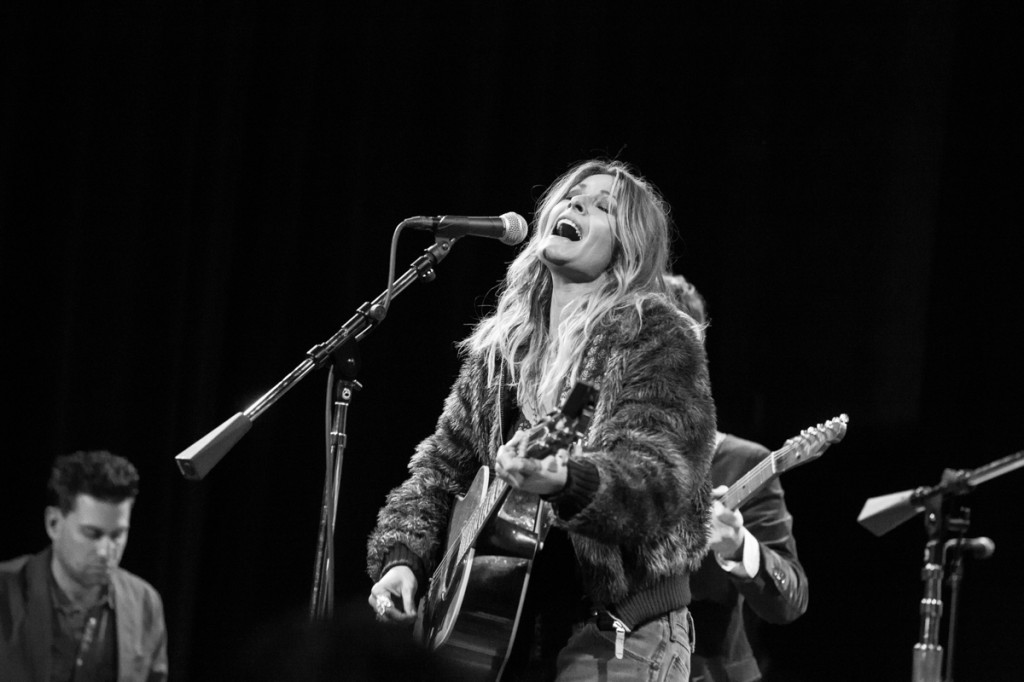 Elizabeth Cook, who returned to her “Apron Strings” radio show on SiriusXM’s Outlaw Country on Monday, was looking and sounding great as she performed two songs including “Methadone Blues”.  We missed the title of her first gospel inspired song, which was also beautiful and amazing. 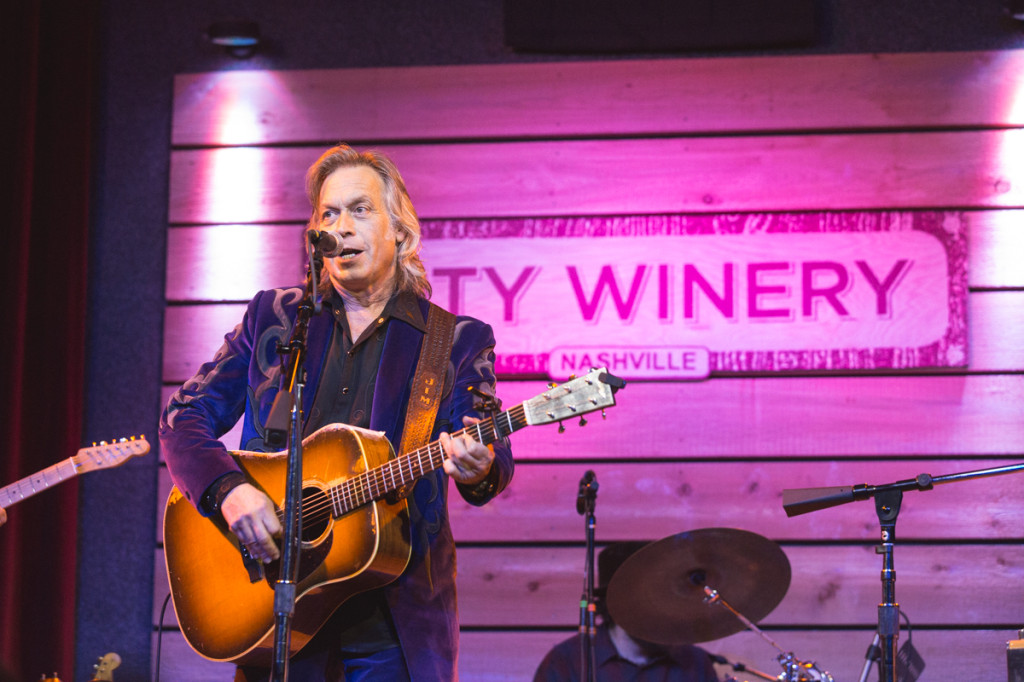 The always entertaining Jim Lauderdale performed “Lets Have A Good Time Together” and “King of Broken Hearts” before being joined by John Oates for “Carolina Comes Home Again”, which they wrote together. 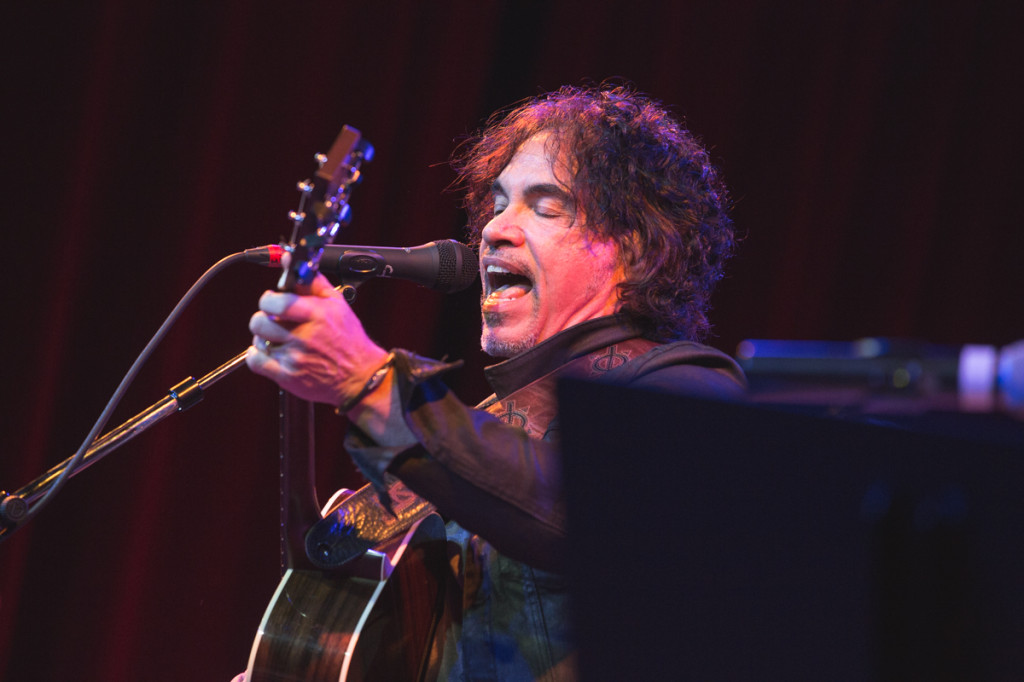 John Oates did the jazzy “This is the Life”, also written with Jim Lauderdale,  and “Lose It In Louisiana” before closing with the Hall & Oates classic “She’s Gone”, which I may have seen them perform live back in the 80’s (or possibly, 70’s).

It sounded like money may have changed hands but Cale Tyson was allowed to do another song, “Traveling Man”, which we had coincidently included in our preview of the show. 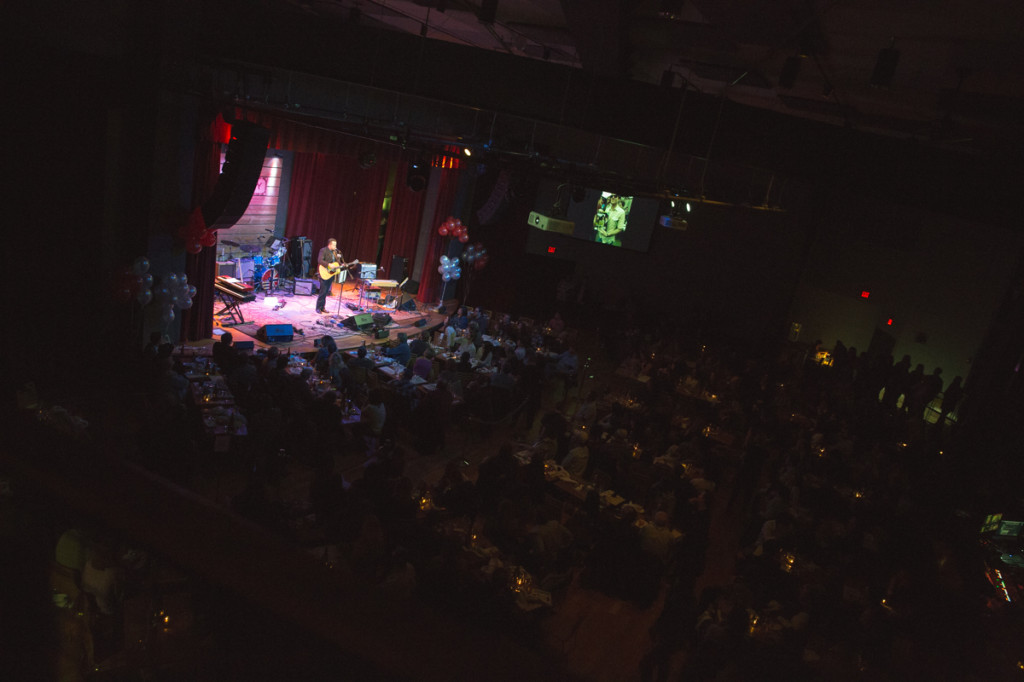 Jason Isbell, who recently sold out two acoustic shows at City Winery with his wife, Amanda Shires, and three nights at the Ryman, closed the show in the well deserved headling slot.  No Country has been following Isbell for a while, and he is always amazing whether with a band or acoustically as he was tonight.  He asked that there be no recording of an excellent new song (finished the previous night) which was sandwiched between “Traveling Alone” and “Cover Me Up”.  As might be expected given the stellar line-up, it was a great night of music and a great way to celebrate American Songwriter’s 30th Anniversary.  Regrettably, there wasn’t an encore but we hung out a bit talking to friends about the show so the dreaded valet line was all but gone by the time we left.

Check out more stellar photos from Sundel Perry below.  Note: they are broken up into two galleries, so make sure to check both!