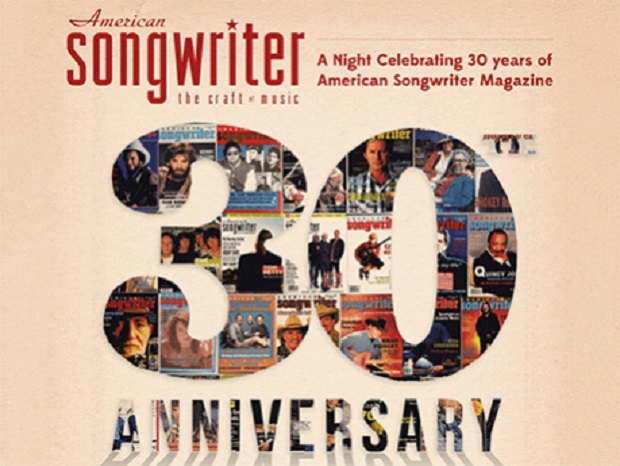 American Songwriter magazine will celebrate its 30th Anniversary this Thursday, January 8 at Nashville’s City Winery. And, wow, what a stellar line up…Jason Isbell (who, with Amanda Shires, just sold out two shows at City Winery and three at The Ryman), John Oates, Jim Lauderdale, Elizabeth Cook, Andrew Combs, Cory Branan, Cale Tyson, Alanna Royale and you can probably assume there will be a surprise guest or two.  Local favorites, Steelism, will be the house band for the night.  Unfortunately, tickets are now sold out but you can get on the waiting list here.

American Songwriter, established in 1984, describe themselves as “a magazine dedicated to the craft of music”. It covers all musical genres and features interviews, songwriting tips, news, reviews and holds six bi-monthly lyric contests. The 2014 grand-prize of the lyric contest wins a co-writing session with Ashley Monroe, and recording session at a top Nashville studio.

After the break, check out Cale Tyson & Pete Lindberg performing “Traveling Man” at a session recorded at Carter Vintage Guitars here in Nashville.

We at No Country For New Nashville are big fans of American Songwriter, and are looking foward to celebrating with them tonight and for another 30+ years to come.