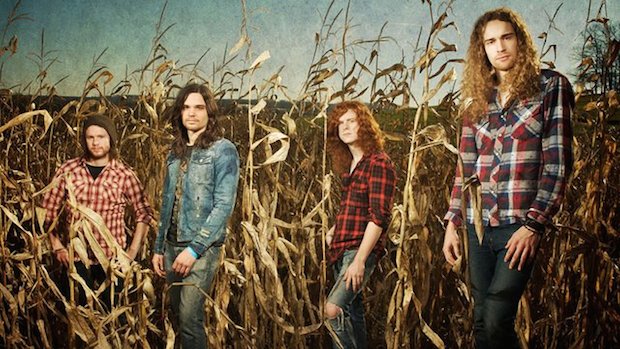 If you are still in need of warming up on Thursday night, consider packing yourself into a basement full of dancing bodies for a little collective heat from three uniquely powerful rock bands.  Oklahoma bred Taddy Porter, Austin Texas based Moonlight Towers & local via Florida, Civilian, are going to bring just the heat that you are looking for to The Basement.  Things get started around 9pm and tickets will run you $10 at the door.

Head after the jump for a little more about each of the bands, and a bit of media to get you in the mood to groove.

While many of us may be considering Taddy Porters during these frigid nights, we’re talking about the Oklahoma based rockers Taddy Porter.  The quartet are no strangers to Nashville.  They just cut most of their most recent 2012 sophomore release, Stay Golden, here in Nashville with veteran producers Dave Cobb and Mark Neill.  If you don’t trust the random ramblings of a blog or the name dropping of highly acclaimed producers, just listen to a track from that effort below.

Moonlight Towers share their heartland homeland with Taddy Porter, but their brand of power pop will take you along for more of a magical journey.  Upon first listen, it’s hard to imagine this band calling the “live music capital of the world” of Austin Texas home, but, then again, don’t judge a book by it’s cover.  Pretty much everyone in the country still only thinks of Pop/Bro Country when they think of Nashville.  Give it a listen below, and I think you’ll have a new appreciation for an Austin standout.

Nashville via Florida based Civilian are still relatively new on the scene, and we last told you about them during our coverage of the farewell show for The Oak Creek band at Exit/In back in November.  If you didn’t get a chance to catch them then, here’s another chance to get in the know about a rising now-local talent.

Taddy Porter, Moonlight Towers, and Civilian perform tonight (January 8th) at The Basement. The show is 21+, begins at 9pm (doors at 8pm), and tickets are available for $10 at the door.