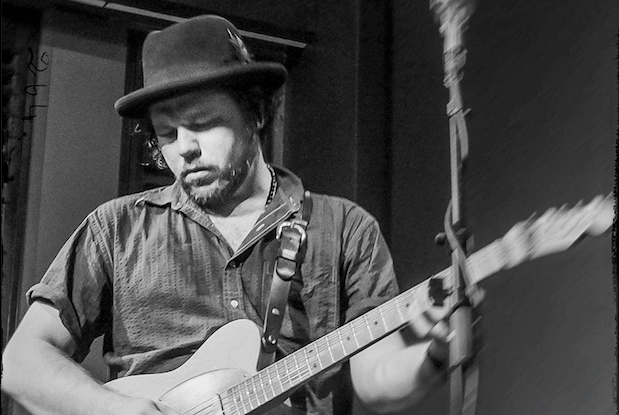 If you’re looking to find a place where you can see Music City’s next big up-and-coming band, The 5 Spot in East Nashville is where you want to be. The venue stresses that it is a local venue – meaning you’ll never be at The 5 Spot without seeing a local band.  Per their website, the only way an out-of-town group can get a show is if they find a local group to hop onto the gig with them. Talk about exclusivity, right?

Tonight, The 5 Spot is proudly hosting three Nashville-based artists, all of whom seem ready to leap from the local scene and into the big time showbiz. Jim Oblon, Diamond Carter and Mick Leonardi are all on the lineup for the evening and for just $5, how can you resist?

Jim Oblon has a busy schedule ahead – his latest album, Sunset, was released in March of 2014, and since then he has had a Tuesday residency at FooBAR in East Nashville. This rock artist has been hard at work with his music, and it’s gotten the attention of some fairly notable people – namely Sting and Paul Simon, with whom Jim Oblon will be going on tour early this year. We’re thinking that’s a hell of a good way to kick off the New Year.

The genre of Diamond Carter (as described by…well, Diamond Carter) is a very interesting one that, quite frankly, is fun to say. Ever heard of a fuzzy holly artist? Neither have we, but it’s what Diamond Carter is. Since being unique, out-of-the-box and creative is what this singer/songwriter embodies, we think it’s appropriate that he made up his own genre. With two full albums under his belt and a third to be released this month, Diamond Carter has been a busy, busy man, but was not too busy to pay us a visit for one of our more memorable Acme showcases.

Singer/songwriter Mick Leonardi hails from foggy San Francisco, California, but he now calls Nashville home. Having some success with an earlier band, Cold Hot Crash, Leonardi took the opportunity to become a solo artist when the group disbanded in 2009. He released his first album, Don’t Push the River, back in 2013, and is gearing up to release his second one hopefully in early 2015.  In the meantime, he has been shooting some stellar photos of shows around town, including for lucky us.

Jim Oblon, Diamond Carter, and Mick Leonardi will perform on January 8 at The 5 Spot. The show is 21+, begins at 9 PM, and tickets are available for $5 at the door.