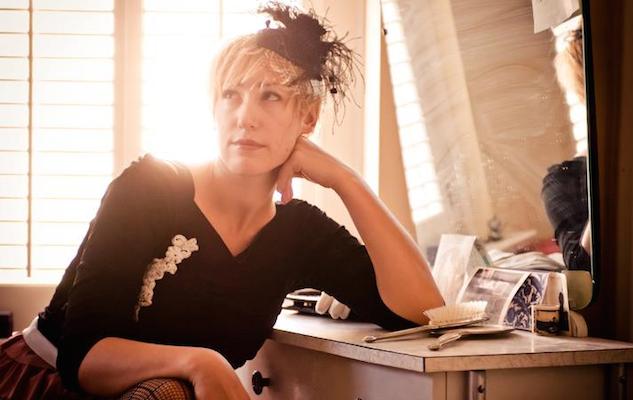 Like so many other things, our weekly showcase over at Acme Feed and Seed went on a bit of a hiatus during the holidays. However, we’ll be back on Tuesday (January 6th) bringing you two of Nashville most talented acts: Rae Hering and Anna Haas + The Effect. Each of these lovely, female-fronted groups plays what could best be described as “intellectually stimulating pop”, which frankly isn’t a phrase you hear too often these days. Be sure to check out the full preview after the jump to get a taste of both these stellar artists. As always, this showcase will be free to anyone and everyone; all you have to do is show up at 7:00 pm ready to have a good time.

Perhaps the most intriguing thing about Rae Hering is the way this stellar artist is able to dance gracefully though any genre or style definition. Rather than limiting herself to what is expected of her, Hering instead strives to produce music that’s exactly the way she wants it to be. While this goal isn’t particularly unique to her, she accomplishes it with such sophistication that it’s hard not to be taken aback when listening to her tunes. Hering just recently released The Shy Gemini Sessions, and there’s little doubt she’ll play a few cuts from that phenomenal record during her show on Tuesday. This is definitely one you don’t want to miss, and a perfect way to get back into the swing of things now that the holiday season is finished.

Whenever we’ve written about this act before, it’s always been in a tone of utmost respect. Frankly, it’s hard not to admire Haas and her band; their songs are complex, but they tell a story and seem to overflow with forward motion. Moreover, Anna Haas + The Effect understand that a successful act not only knows how to write good tunes, but also how to perform them. To get a sense of what we mean by that, you really need to see the show on Tuesday, but in the meantime you could check out the video for “Maypole” embedded below. As a side note, just yesterday an announcement revealed that the group’s new EP, Passion/Poison, will be released the last day of March. If we’re lucky, Haas may play some of the tunes from this release during the show.