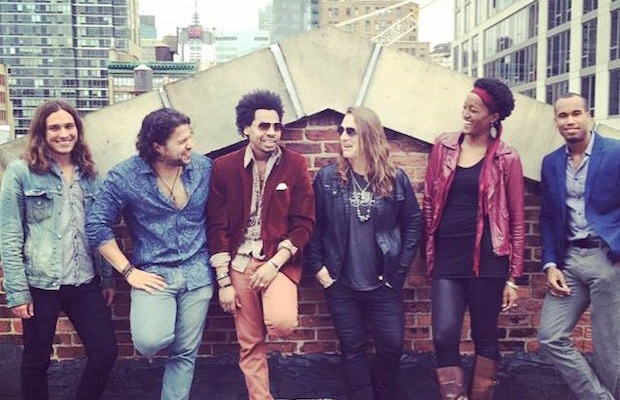 That’s right Music City, Memphis born, new wave soul rock ’n’ roller Gedeon Luke and his big band The People are back in Tennessee, and ready to show out for Music City. Throw in singer songwriter Mel Washington and you have yourself a righteous night of music for just $10. You’ve had a day to get over your NYE hangover, so no excuses! Doors at The High Watt open at 7 pm (music at 8) and this is an 18+ show. We’ve just told you all you really need to know, but for more info on the bands, and for a taste of their tunes, click on after the jump.

GEDEON LUKE AND THE PEOPLE

Growing up poor in the tougher parts of Memphis, TN, Gedeon Luke escaped from his less than ideal surrounds through music. He was hooked, from a very early age, on music from Sly Stone, Curtis Mayfield, Al Green and also rock ’n’ roll from The Beatles, The Stones, and Jimi Hendrix. All these wonderful influences shine through on his debut LP, Live Free and Love, with his band The People. Currently listed as an eight-member ensemble (Mr. Luke makes nine), they are a sight to see live, and the rock ’n’ soul sounds wash over you in wonder waves of pure positivity. Have a look/listen below, and go see what they’re all about live and in person tonight!

Formerly a member of the South Carolina based band All Get Out, Mel Washington has now struck out on his own. His singer songwriter approach, laced with Southern Americana crooning, makes for a fresh new voice in a world always yearning for one. Check out his self-released EPs in the embed below and get to the show early to see him perform live.

Gedeon Luke and The People, and Mel Washington will perform TONIGHT at The High Watt. The show is 18+, begins at at 8 pm (doors at 7), and tickets are available for $10.