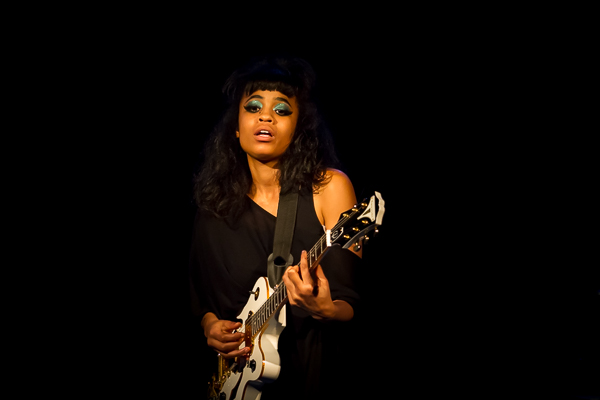 Critically acclaimed blues singer-songwriter Adia Victoria is kicking off her first tour at The 5 Spot this Saturday and if you like the blues and/or spoken word poetry you’re not going to want to miss this show. Victoria’s gotten raves from the national and local press for her deeply authentic take on the blues, and her poetic lyrics that spin southern gothic yarns without falsely romanticizing the region. Victoria is totally unconventional and this show is going to reflect that. Rather than including opening bands she’s invited some special friends — a veritable who’s who of cool Nashville musicians including PUJOL’s Daniel Pujol, country singer Margo Price, and singer-songwriter Tristen — to do short “sets” of spoken word poetry and Linwood of Those Darlins will be DJing all night. If you’re not still too hungover from New Year’s Eve, this Saturday will be the time to come check out one of Nashville’s best new rising talents for a unique night of literature and music.

Victoria’s single “Stuck in the South” was named one of the best songs of the year by NPR. The tune showcases her infatuation with the music of the American South while not sweeping under the rug the negative social and political issues the region faces. Victoria is herself very politically active, having participated in protests in Nashville against police brutality related to the deaths of Michael Brown and Eric Garner. She penned a stirring poem herself upon the ruling not to indite Darren Wilson, the Ferguson police officer who shot Michael Brown, which she read aloud the last time we caught her at 3rd & Lindsley back in November, and often posts her poetry on social media. Victoria’s knowledge of the blues led to her being invited to speak on a panel at Yale alongside Jack White and writer Greil Marcus about important blues label Paramount Records, which is having much of its catalogue compiled and released by Third Man. This girl is socially aware, knows her shit when it comes to the history and traditions of the music she plays, and writes some brilliant songs to boot. I can’t think of more reasons you would need to come to a show from an up-and-coming Nashville artist, but if you need one take a listen to “Stuck in the South” below.

Stay tuned to the site for our review of the show, plus our interview with Victoria.