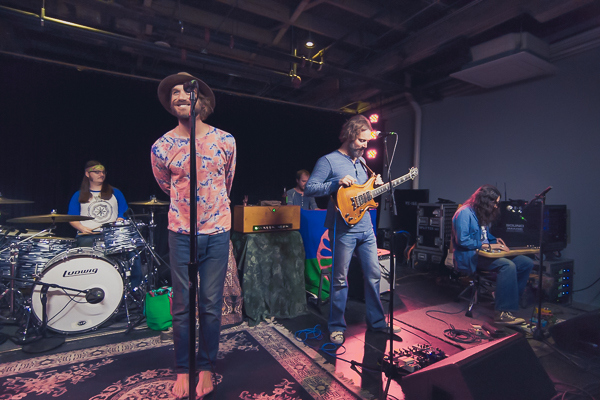 Pretty much all of Hard Working Americans’ creative output appeals to us here at No Country, which should be evident via a simple search on the web. For instance, several months ago we exposed you to the fantastic video for their track “Blackland Farmer” (here’s the link). As awesome as it was, it turns out that that music video wouldn’t be Hard Working Americans’ only visual output this year. The group have also been hard at work putting together a documentary, The First Waltz. This film accompanies a live album by the same name, and actually was released several weeks on Oct. 28 as a special two disc set. That being said, the group will actually be screening the film over at one of our favorite venues, Acme Feed & Seed. They’ll be showing the movie up on the 3rd floor of the venue (where we actually saw HWA perform at Acme’s first show ever). You can score tickets to this intimate viewing for only $20 via this link. Plus, you’ll probably get a chance to meet some of the band. The event begins at 7 p.m., so be sure to get there on time. Meanwhile, you can check out the official trailer for The First Waltz after the jump!