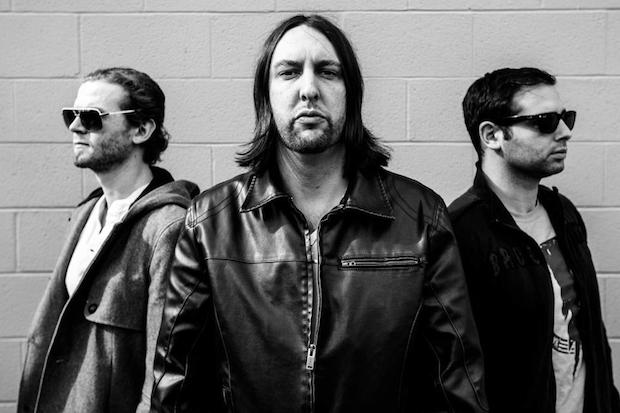 It’s not unusual for Exit/In to host a number a great performances during the holiday season, but their upcoming showcase this Thursday, Dec. 18 is definitely of particular note. That evening marks the second incarnation of Quixotic, a word that typically refers to a state of unrealistic idealism, though here acts as a title for an awesome show featuring a handful of local, talented acts. The evening will be opened by Asheira, followed by Switchmen and Regulation Nine, and finally headlined by the one and only Hot Action Cop. Like many of Exit/In’s shows, this event is quite reasonably priced at $10 ahead of time of $12 at the door, and the fantastic evening is set to begin at 8 p.m, and is hosted by Sad Spaceman. Be sure to click through the jump for an in-depth look at all of the acts playing on Thursday!

Upbeat pop rock sensation Hot Action Cop have been announced as Quixotic II’s headliner. Compared to the rest of the bill, this group definitely gets a lot more poppy and dance friendly, though Hot Action Cop definitely aren’t afraid of a little distortion. The local group have actually generated quite a bit of buzz since their inception more than a decade ago, scoring several video game and commercial placements. Their most recent music video, “House of Pain,” is quite funky, and we’re sure their performance on Thursday will match this vibe. Check out the embed of “House of Pain” below to get a taste of what you’ll be getting into during Quixotic II.

Though they were added to the bill at the list minute, no band could better rock the house during Quixotic II than Regulation Nine. Like the evening’s opener Asheira, the group draw heavily on rock traditions, including ’80s hard rock and ’90s grunge. However, we don’t mean to imply that they aren’t original. Regulation Nine simply use to the tools leftover by previous rock acts to craft their own unique sound. While the group could easily have been popular 20 years ago, they still blend a modern aesthetic in with their sound. Regardless, one can rest assured that Regulation Nine will put on one hell of a live show. Be sure to check out the embed of their song “Know No” below, to get the rocking the started early.

During our recent post featuring Switchmen‘s newest EP, we raved about the group’s advanced songwriting ability, and it’s by this attribute we still stand. With both loud distorted rock numbers and quieter, more reflective pieces, Switchmen has definitively proven their flexibility in terms of compositional ability. Their live show reflects this heightened musical talent quite aptly, in addition to being fast-paced and a lot of fun. Switchmen just recently released a video of their performance at the original Quixotic, which you can check out below to get a taste of what Thursday evening may hold.

Local songwriter Asheira and her four person backing band are slated to kick off Quixotic II around 8 p.m. If you’re unfamiliar with this prolific outfit, Asheira honors the time-old Nashville tradition of reworking traditional influences into original formats. For Asheira, these influences are largely classic rock; Aerosmith, Joan Jett, and Led Zeppelin all clearly influenced her sound. From the driving rock drum patterns, bluesy bass and guitar licks, and dynamic vocal lines, Asheira’s straightforward rock should appeal to a broad audience, and there’s little reason to doubt this five piece’s career path will lead anywhere but up.