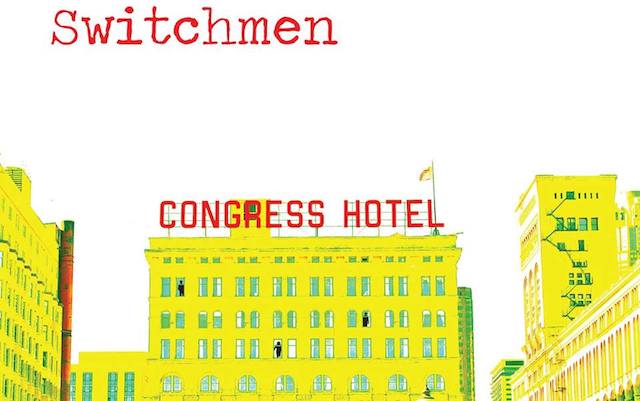 We’ve got exciting news today for you readers! Earlier this week, on Nov. 18, local rock troubadours Switchmen dropped their newest release. Titled Congress Hotel, the EP contains five tracks, each of which heavily features the face-melting distortion and intelligent lyricism we’ve come to expect from Switchmen. However, the album does also include quieter moments, including the haunting “Time to Go.” What’s most impressive about this release, however, is the songwriting, which has noticeably evolved since the group’s debut back in 2010. All five tracks display strong signs of horizontal thinking; the songs are written to present a story, and the band masterfully vary the tonality and dynamics to help accentuate its plot. This type of songwriting is rare these days, so it’s quite refreshing to hear a local act pumping out such a high quality output.

If you’re interested in hearing Switchmen live, you’re in luck: the group will be playing Exit/In next month. The show is slated for Dec. 18, just one month after Congress Hotel‘s release, and will also feature Hot Action Cop, Cusses, and Asheira. We’ll give you more details about the show as it gets closer, but, in the meantime, pick up tickets here and give Congress Hotel a listen below.