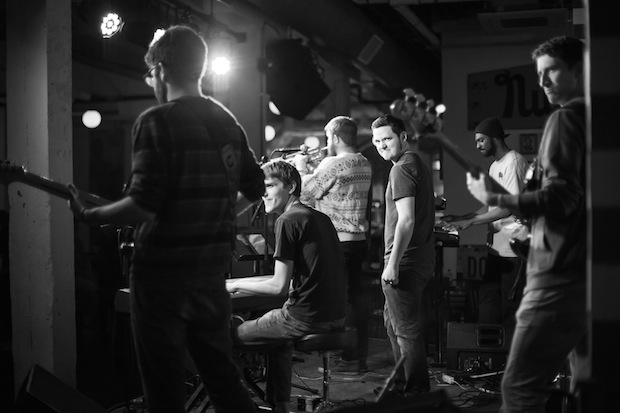 Last Tuesday, December 2, marked yet another successful installment in our weekly showcase series over at Acme Feed and Seed. While we always strive to bring our audiences the best in local and regional music, this week we felt particularly successful in that endeavor, as local acts Dynamo and Girls and Money came out to play their tunes. Both these acts are the epitome of local creativity and play engaging, original tunes. Suffice it to say, it was quite a fun evening, and we’ve got some fantastic pictures by the one and only Matt Cairns to prove it below. Check out our full rundown of the bands and the photos after the jump!

At 7:30 pm, soulful rock act Girls and Money stepped onto the downstairs stage at the Acme Feed and Seed, ready to rip through yet another fantastic set. As per usual, the group was dressed very sharply, and frontman Shep Alligood (aka The White Mystery) donned his signature feathered white cloak. Based on appearance alone, one’s interest would likely be piqued, but Girls and Money seals the deal the moment they start playing. The emotion put into each song is quite evident, and the group has this awesome habit of swelling from a calm beginning to a climactic ending. In short, it’s music written with the story of the song in mind. This trait is somewhat rare around Nashville, and we suspect that it’s a big part of the reason the band has managed to secure so many gigs around town. Of course, their dominating stage presence definitely helps. Seeing as Acme is on Broadway, the room was partially populated with tourists and locals that were unfamiliar with Girls and Money, but we’re quite confident that the group managed to make a few new fans last Tuesday. As a whole, we’d say it was a very successful performance, and we’d definitely recommend checking out Girls and Money at one of their upcoming shows. 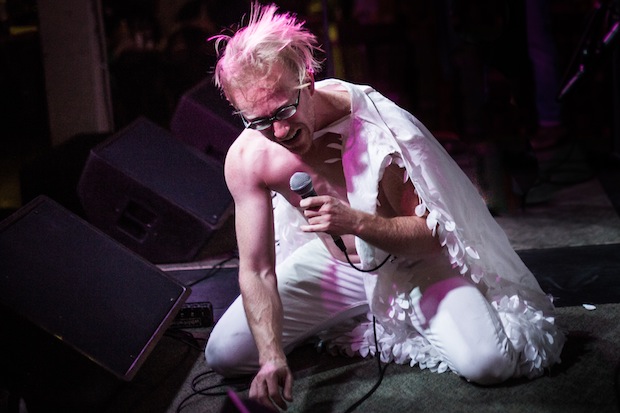 Following a short set break, the evening’s headliners, Dynamo, took to the stage. Trust us when we say that this an act like none other. The group features nine performers, though not all of them perform on every song. This lends a massive sonic pallet for the group to work with, including a horn section, two keyboard/synth players, and both auxiliary percussion and an expanded kit. Fortunately, the group makes deft use of their available tones, crafting intellectually stimulating songs and funky grooves. Dynamo is the type of group that loves the live solo, which suits our tastes (and those of the audience’s) just fine. Most impressively, however, is the amount of fun the group seemed to be having. All of the players were beaming the entire show, despite the fact that Dynamo has played a number of shows in the past. This indicates that at the heart of it, Dynamo loves playing music together, and the fact that it happened to be in front of an audience this time was simply a bonus. 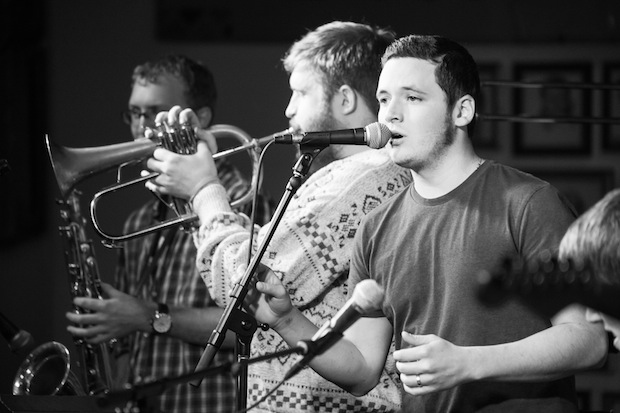 As a whole, we felt the showcase was very successful. Both Girls and Money and Dynamo played their hearts out, and the commitment to their craft was admirable. Be sure to check out both these acts during their numerous upcoming performances. Also, remember that you can watch Dynamo cut their new album live this weekend (for more info or tickets, click here.  Remember you need you own headphones!) Furthermore, take a peak at Mr. Cairns’ photos for the evening in the gallery below!