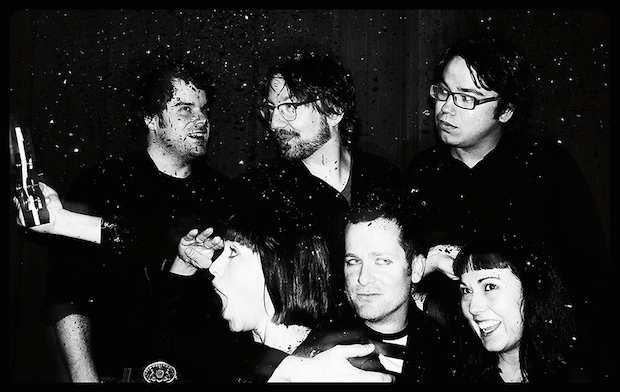 Looking for a ho-down where you can throw-down tonight?  Hear us out.  Half performance/half birthday party, there’s a hell of an event happening at Reel Love Recording Studios (3315 Charlotte Avenue) tonight.  This evening features performances from blog favorites like Natural Child and Birdcloud, as well as Ween Tribute band, Wandering Eye.

Doors open around 8pm, and things get started around 9pm.  Make sure you stop by the ATM and store on your way there, because this event is BYOB and it’ll cost ya $10 at the door.  Read on for more details on the show, and why, other than the fact it looks like they’re partying, did we use a photo header of Tipper Whore for this post.

If you saw the 2014 Rock n’ Roll Poll from the Scene earlier today, you might also be asking yourself why, besides than Mike Grimes, Natural Child wasn’t mentioned as the band “to rule in 2015”.  Their most recent release, Dancin’ With Wolves, is definitely being considered for a spot in our top 10 list of best local records of 2014, and their incessant touring only exemplifies their growing following.  If you haven’t partied with these guys yet, you are seriously missing out.

It seems that the solo pursuits of Makenzie Green (make sure to wish her a happy birthday) and Jasmin Kaset have slightly tamped down the output of the insane comedic songwriting twang of Birdcloud, but that just means that you need to jump on every opporunity that you can to catch them live.  If you are in the dark, get a taste of what to expect below, and head over tonight to get fucking wasted and laugh your ass off.

Still reading to find out why we used that photo of Tipper Whore at the top?  It’s because we were enlightened of the Ween tribute project, Wandering Eye, from their guitarist Kelly Bolick (of Tipper Whore, who are sadly calling it quits with a final show this weekend… more on that tomorrow).  There isn’t a ton of information out there about this project, but you can check out the Facebook page here and a video from Halloween at The Stone Fox to get a hint of what to expect.

Natural Child, Birdcloud, and Wandering Eye perform TONIGHT (12/4/14) at Reel Love Recording Studios. The show starts at 9pm (doors at 8pm), and tickets are available for $10 at the door.