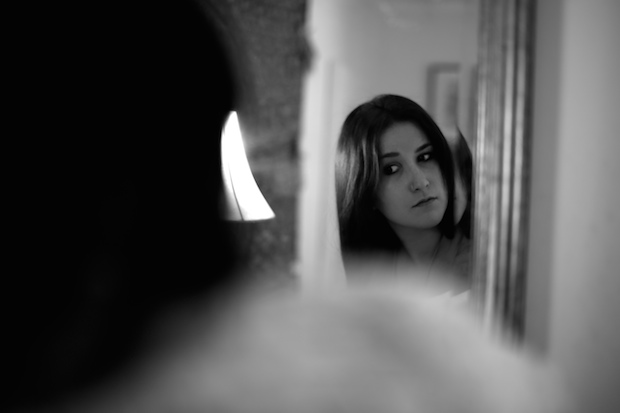 The 5 Spot‘s cheap weekly night of entertainment, $2 Tuesday, has some great acts lined up tonight, with the local indie rockers we’ve been telling you about Whoa Dakota playing alongside the Midwestern Americana act Myles Coyne and the Rusty Nickle Band and singer/songwriter Stephen Simmons, all for just a $2 cover, $2 beers, and vinyl spun by host Derek Hoke between sets. Hoke keeps you entertained with awesome and unexpected tunes while bands are setting up and you get to check out a full night of great live music all for just two bucks. You’ve probably heard of The 5 Spot’s popular swing dance parties on Monday nights, but the venue also gives you no reason to stay in on Tuesdays. So here’s to partying the work week away; click through to learn more about this Tuesday’s lineup.

Frontwoman Jessica Ott leads the indie rockers Whoa Dakota, who can go from vintage pop to straight blues on her powerful vocals and stage presence. Ott models herself after ladies like Florence Welch and Grace Potter, who are also great vocalists inspired by classic rock and roll, but she brings her own unique songwriting to the table. The locals blend rock, Americana, blues, jazz, and pop on their debut EP, which came out this spring, and have been gaining a following here since. They’ve also been at work on new material; check out the live video for “The Sand,” which debuted on No County earlier this fall.

Myles Coyne and his Rusty Nickle Band play folk pop, and are coming down from their hometown of Milwaukee, where they’ve made waves and have become one of the most popular local acts. Inspired by Wilco, Bob Dylan, and Sufijan Stevens, and compared to Edward Sharpe and the Magnetic Zeros and The Head and the Heart, if you like the new folk movement, here’s a new act coming out of the Midwest that’s promising potential.

Singer/songwriter Stephen Simmons was born and raised in rural Tennessee, and his version of folk country reflects that authenticity. Simmons lists Hank Williams, Woody Guthrie, and Steinbeck among his influences and, unlike many others who are into that stuff, his background suggests he actually knows what they were talking about. Stephen has been touring and recording for over a decade, and his music has been compared to Steve Earle and Ryan Adams.

Whoa Dakota, Myles Coyne and the Rusty Nickle Band, and Stephen Simmons will perform tonight, December 2 at The 5 Spot. The show is 21+, begins at at 9 p.m., and tickets are available for just $2!