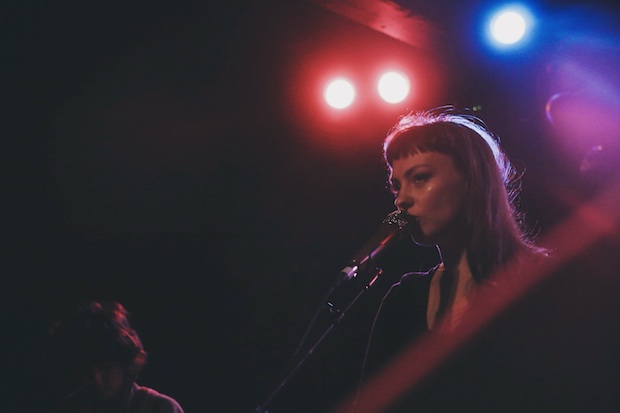 Nashville, you know the significance of the first show and the last show of a tour, so we can all consider ourselves fortunate to have seen the finale of Angel Olsen’s Burn Your Fire For No Witness tour at Mercy Lounge on November 12th. Experience the magic here through the lens of the stunning Kar Zano and our review.

The night began with opener Lionlimb (lead by Angel Olsen‘s guitarist) from Chicago that recently played with Unknown Mortal Orchestra in their hometown at Lincoln Hall. Featuring guitar, keys, bass and drums, they carried an air of effortlessly cool with sonic swells and undertows that gave the room a feeling of Portland, OR. Speaking of effortlessly cool, Angel showed her admiration from the front of the crowd. Check out the video for their song “Rot” with scenes shot in Nashville. They made us excited to hear more from them! 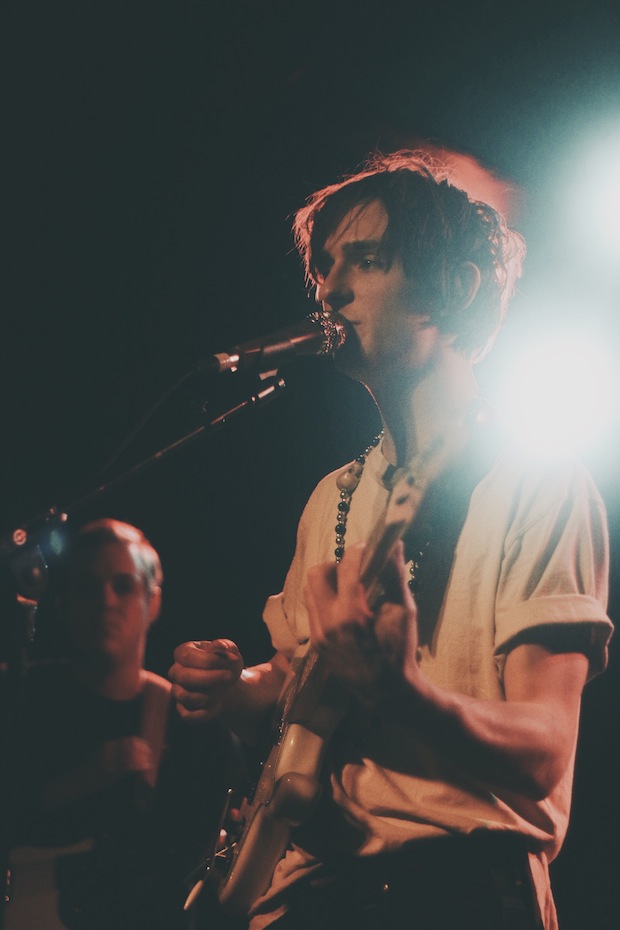 Angel took the stage next with her guitar. Without a word, she sang out “Oh my god I need you close” from the song “Free.” It was the perfect first line of lyrics to be released, much like Lana Del Rey opening with “Cola” at the Ryman (click here if you’re in the dark *NSFW). The crowd felt an instant smitten lovefest. It became obvious from the start that if anyone left without a crush on Angel at the end of the night, there’s something wrong with them. 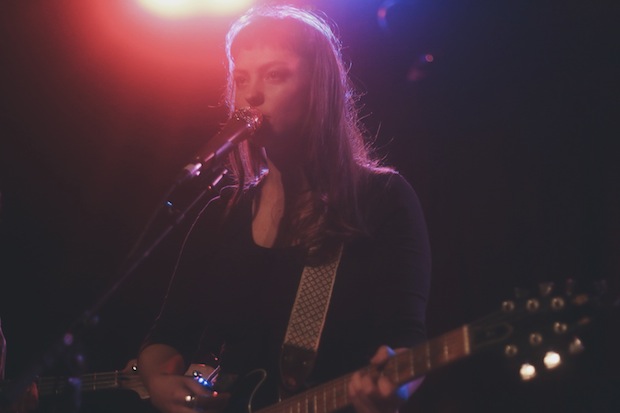 In a bad ass move, she played her most popular song “Hi-Five” second, leaving room for a less obvious climax to the set. Something about the moment she builds “Are you lonely too?” into “Hi-Five! So am I” causes grown men to throw down like it’s ladies night in the club and “All The Single Ladies” just dropped.

“How are yall doin’?” she asked with a southern belle demeanor. “Well, we’ve got a couple more songs.” Her cunning tone was playful and sarcastic. She looked fashionable, her smile was radiant throughout the night and her artful eyes pierced under megababe bangs. She was flirtatious yet held a certain regard of mystery, an occult that could turn a honey darlin’ into a Lucrezia Borgia.

As she paused in the set to tune her guitar, some dude hollered “Hey Angel, when’s your birthday? Please! It’s not on Google.” With a little reservation, she happily replied, “January 22nd” (Aquarius). Here is SunSigns.org description of her birth date: “The charming Aquarian birthday personality brings people to the table and [their] originality keeps them there…. [They] are generally unpredictable..[their] home environment is impressive and is as charming as [they] are…[They] are able to find joy or beauty in everything. [Their] artistic nature develops their ability to see this.” 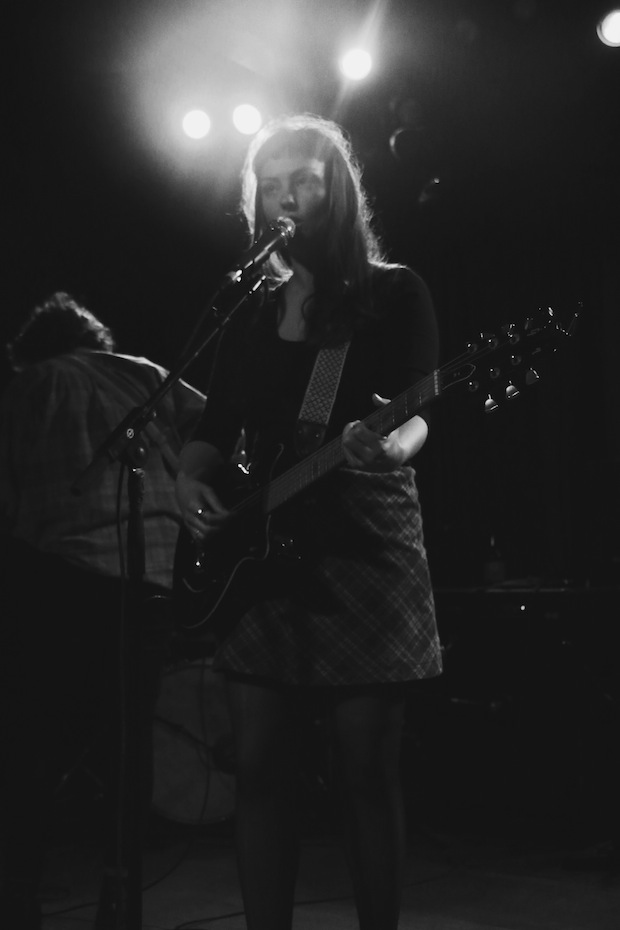 The night turned magical when Angel and her band covered Fleetwood Mac’s “Dreams.” Suddenly the feeling was 1977 with a desire to adventure with her to Fran’s for karaoke (Sam Smith singing Bey at Lonnie’s style).

“I’m going to play this last song about not getting what you want,” she said as the set came to a close and she expressed some grief about the imbalance of sound in the room. “Which is just exactly how I feel. A lot of the time I’m just not getting what I want and everyone is like you’re a bitch, ” she laughed. “You’re a f—ing bitch! My standards are better than having no standards.” The crowd bursted into laughter and shouted like it was Sunday worship, child! And there it was, the climax of the night, a feeling of unity to the room having gained new insight into the elusive songstress. She wrapped the night up in a bow with  “Tiniest Seed” for the encore.

As 2014 nears it’s end, Angel will play Thalia Hall in her hometown of Chicago, hit the west coast (San Francisco, Los Angeles) and have a 3-night stand in Brooklyn / NYC. She will kick off 2015 with a tour in Australia. The deluxe version of Burn Your Fire For No Witness is now available (released 11/18). If you were a good boy or girl this year, maybe Santa will leave it for you under the tree, or, if you were not a good boy or girl, you can just buy a physical copy here.

Critic’s Notes From The Evening: Jack Lawrence (The Dead Weather, The Raconteurs, The Greenhornes) attended the show. Dude air drumming non-stop, part hilarious  part obnoxious as F—! One too many beers and an innocent bystander could get a “cymbal crash” to the dome.