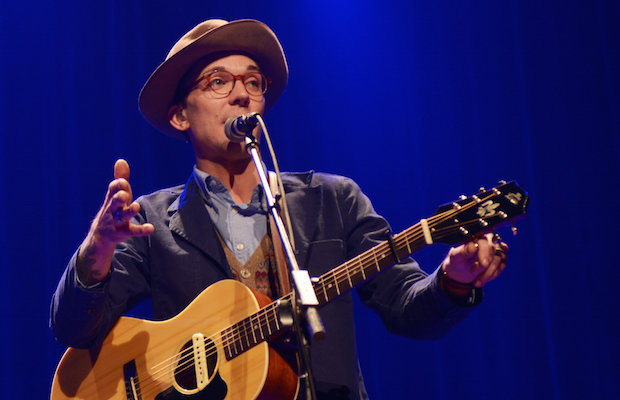 For the last few months, we’ve been chattering about how excited we were to catch homegrown country/folk singer Justin Townes Earle, who, once upon a time, performed at a benefit show we curated and has remained one of our favorite local artists for years, make his headlining debut at the historic Ryman Auditorium. Certainly a monumental occasion for Justin, we were incredibly grateful to have been in attendance, and, with the addition of opener Cory Branan, it made for one wonderful night of real, heartfelt American music. Though “No Country” is in our name, we absolutely love it when it’s done right, and Earle and Branan are doing their best to keep the torch alive. Read on for more about the show, and take a gander at our photos! 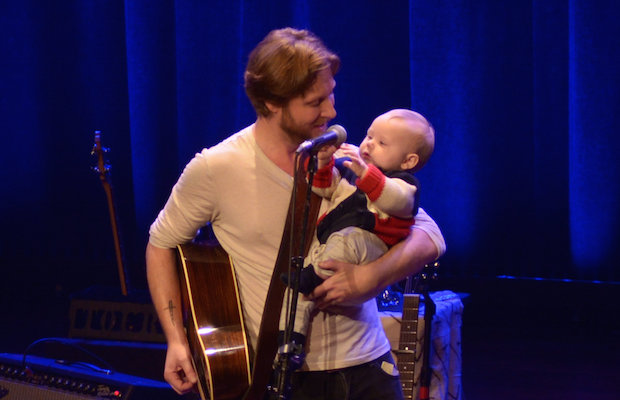 Starting a few minutes late, Cory Branan, who, like Justin, resides in Nashville, but claims both Memphis and Mississippi as his places of upbringing, made it immediately clear that this was “the first and probably last” time he would perform on the The Ryman stage, acknowledging, through ongoing stage banter, that’s he’s more accustomed to playing bars and venues “without stalls in the bathrooms.” A longtime staple of the local scene, Branan flexed his heartfelt ability to deliver deeply personal tunes, alone onstage with just an acoustic guitar, and totally without a setlist. His loose, informal style, early nervousness, and hilarious persona made for an entertaining contrast to his polished, seasoned performance chops. Cory has literally been prepping for The Ryman stage for years, whether he’d admit it or not, and I delighted in getting to see him on it. His set had its share of tender moments: a shout out to him mom, who made a special trip to see him, and, most memorably, a song performed entirely while holding his infant son (“this would be an awkward time to drop a baby”). Lighthearted and somewhat self-deprecating personality aside, Cory Branan couldn’t have been a better choice to open this show, and, in a fair music world, he’d be headlining The Ryman himself next time around. 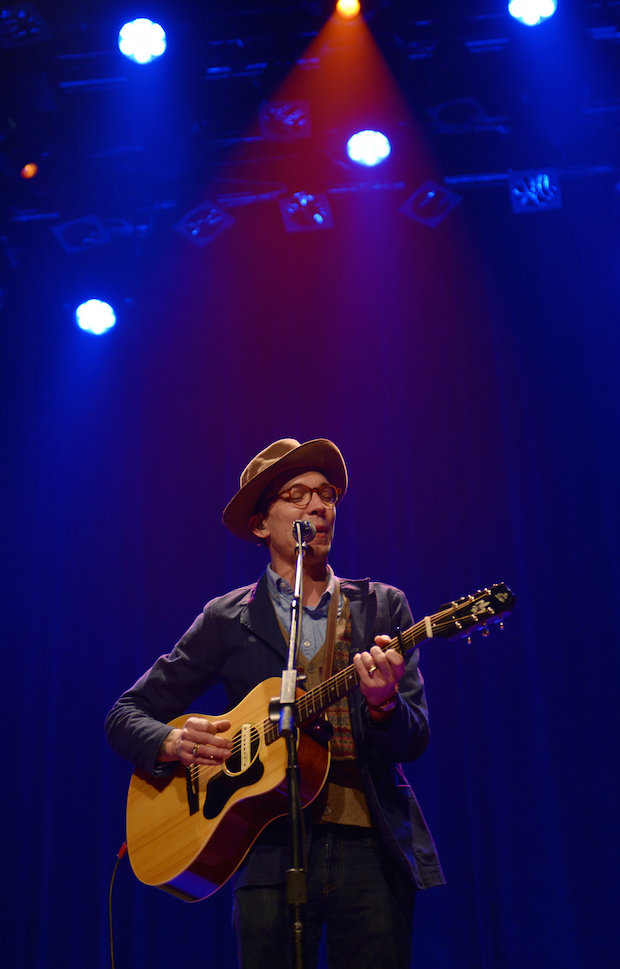 After a quick changeover, during which I caught up with many of my fellow No Country writers, all in attendance, the man of the evening took the stage. Justin Townes Earle is the type of artist who lets his music speak for itself, and doesn’t much care about production or flash. His backing band simply included a standard rhythm section, drum and bass, and a second guitarist/steel guitarist, all who all served to accent Justin’s strong persona and driving style. Unlike Cory Branan, Earle had a plan from the moment he set foot on stage, and, at several points in the set, condemned people for shouting out requests. He, too, acknowledged that his mother, who at least served as partial inspiration for his new album, Single Mothers, was in attendance, and took his Ryman platform as an opportunity to voice his thoughts on new Nashville (“it’s more than just east and west”), absent fathers (which also happens to be the name of his upcoming album), and the general state of “country” music (“Tootsie would be embarrassed”). Justin’s far from all talk, though he loves to do it; his performance was outstanding, a true beacon of purist country, folk, Americana, gospel, and blues. Earle possesses an almost encyclopedic knowledge of American music, and uses this far-reaching basis to inform his compositions in a varied, rich, and unparalleled way. His presence is timeless and his delivery, which was extra special at the Music Church, is unbelievable. Songs  which I’ve heard countless times in recording came to life in new, nuanced, and relatable ways, and Justin, a former sad bastard turned cleaned up, married man, took us on a roller coaster of a life’s worth of struggle, angst, and confusion. The Nashville native performed from a place of honesty and earnestness few of his contemporaries can match, and his set, chock full of material spanning his whole career, was one of the best suited for the Ryman stage I’ve ever seen. 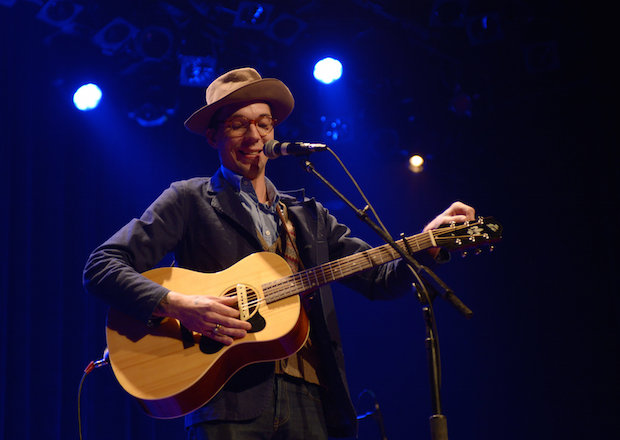 Reinforcing that eclectic breadth of influence he truly possesses, Earle ended with two covers: “Rex’s Blues” by Townes Van Zandt and  “Dreams” by Fleetwood Mac. Though the choice of an all-cover encore seemed a bit odd to cap off a deeply personal and ambitiously soulful set of originals, the decision to do so couldn’t have been more Justin Townes Earle, and, truly, served as a remember that this was his night, and, as he so poignantly reminded a noisy member of the crowd: “I know how to steer this ship. That’s why we’re here.” I’m looking forward to seeing him grace the Ryman stage for many years to come.