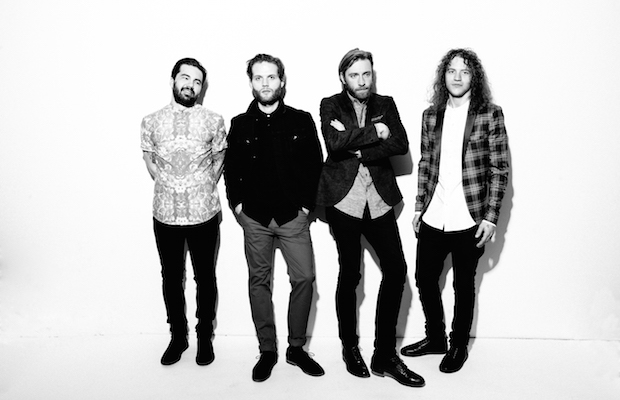 Chicago natives Empires, who we first told you about earlier this year in detail ahead of Bonnaroo, are set to headline The High Watt this evening, out in support of their incredible new album, Orphan; a record which has quickly become one of our favorites of 2014. Blending elements of alt rock, garage, indie, and post-punk, Empires are a band that should absolutely be on your radar, and, with support from Jule Vera and for only $10, this could easily be the must-see under the radar show of the week.

Though frontman Sean Van Vleet’s vocal stylings and the group’s more melancholy tendencies might make it easy to compare them to indie rooted post-punk revivalists like The National, Empires are, by and large, a much more eclectic and complicated band than one simple tag can explain. Pulling influences from garage rock and alternative and unabashedly honoring ’80s tonality while funneling their sound into a modern package, Empires, especially on their latest and best album Orphan, are one of indie rock’s best underground acts, and, if there were any musical justice, the Chicago natives would be nabbing a lot more attention. Though their mainstream domination seems inevitable, you’re lucky to have the opportunity to catch them in such an intimate space as The High Watt tonight; don’t squander it!

Hailing from nearby Alabama, alt rock trio Jule Vera are a female-fronted act who cite The Killers, Queen, and No Doubt among their influences. The group are currently working on their debut album, but, from the few tracks floating around already, their knack for crafting radio-ready, unforgettable melodies seems unparalleled, and we look forward to seeing what they’re capable of live.