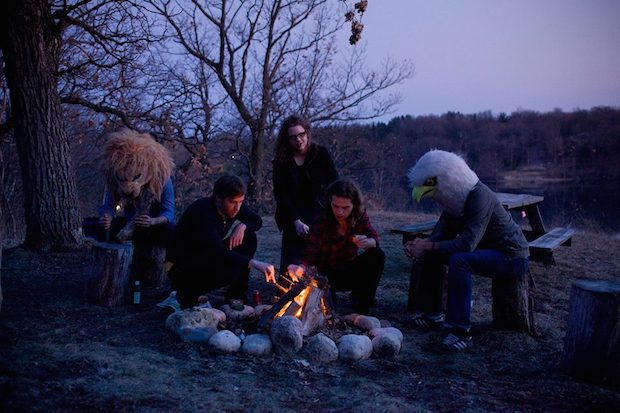 Alternative leaning, garage rock sounds, Empires have been building a following in Chicago since 2008, and even attracted the attention of Rolling Stone Magazine, finding themselves in the final four of a contest between unsigned bands to land on their cover (The Sheepdogs would end up winning). The buzz was created after releasing their debut full-length Garage Hymns (2012) and thanks in part to the amazing single “Keep It Steady”.  They’ve just dropped the first single, “How Good Does It Feel,” from their upcoming album Orphan slated to drop sometime in 2014 (Chop Shop Records/ Island Records).

Empires channel The National on vocals with a more Killers or Gas Light Anthem background and an obvious 90s grunge influence. As with many Club Stage previews, we’ve enjoyed getting to know Empires, and look forward to digging more into Orphan later this year. For now we’ll just have to settle for seeing what they are all about live and in person this year at the farm. A band with this much hype may be making their way closer to the main stages in the not too distant future, so won’t it be nice to say you saw them when it was just one hundred people and not three thousand?