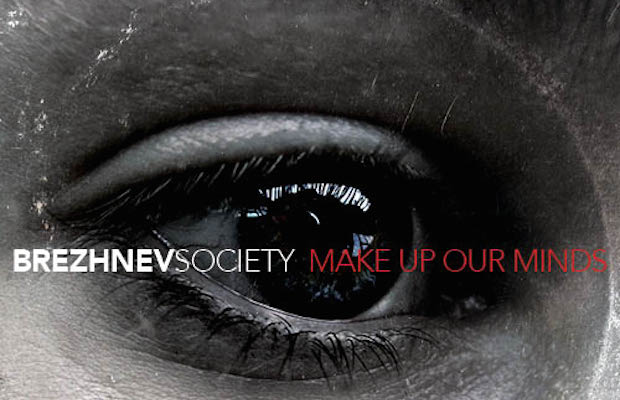 Brezhnev Society are a Nashville based duo blending elements of electronica, shoegaze, and pop to ultimately usher the listener into their world. With their shared passion for cold war era propaganda and sci-fi, Todd Evans (whose project, The Golden Sounds, we told you about before) and award winning producer/songwriter/music director Jason Halbert’s initial offering is a concept recording which loosely reimagines what kind of music might have emerged had the cold war ended differently.

Soviet-era keyboards, electronic beats and lush vocals lay the groundwork for this collection of songs that move between gritty anthemic pieces and intimate melodic fares. Through stories of love, loss, and revolution, a soundtrack emerges that challenges the status quo and calls the listener to something more.

The first single/video “Falling Sky” was trapped in the email mountain for a few weeks, and their second single/video, “Make Up Our Minds,” reminded us that we needed to get a post up immediately.  These first two singles display the extensive range of the duo’s musical vision, and are backed by some very well crafted trippy sci-fi influenced videos.  Check out both videos below, and keep you ear to No Country for upcoming releases and live show details. Ваше здоровье!