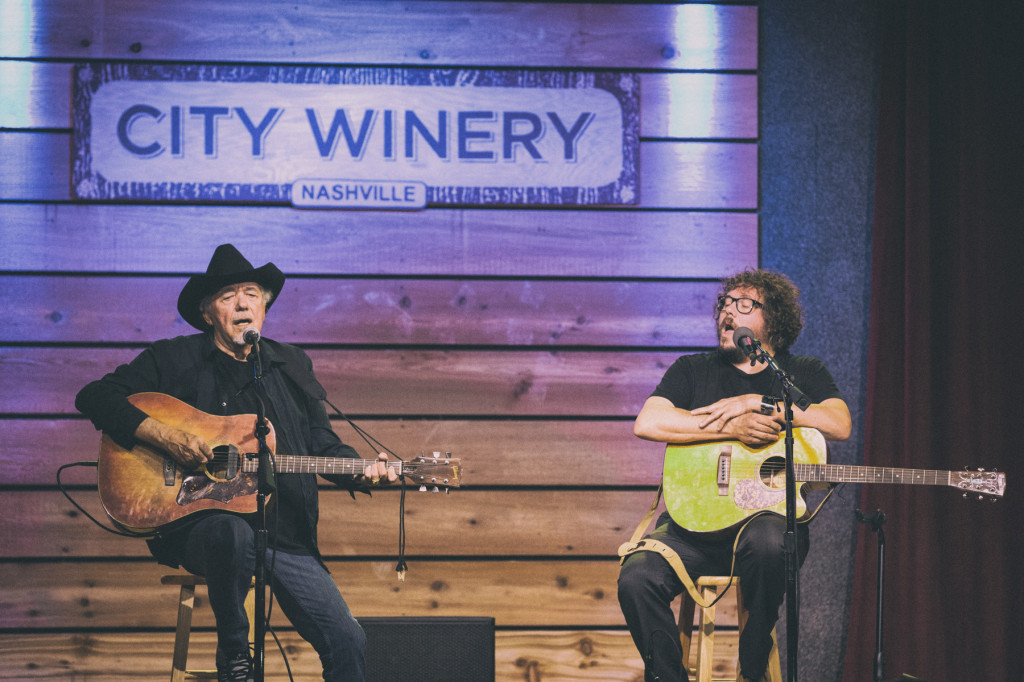 We made it out to City Winery again for yet another night of tremendous music and dining. Last Friday we caught Bobby Bare and Bobby Bare, Jr. performing together but without their respective bands. We were initially disappointed when we discovered they wouldn’t have their bands in tow, but it was a superb night. It served as a great reminder that you don’t need accompaniment when you’re flush with charisma and incredible songs.

Check out below for our thoughts and some shots from Shawn Jackson/Sundel Perry Photography. 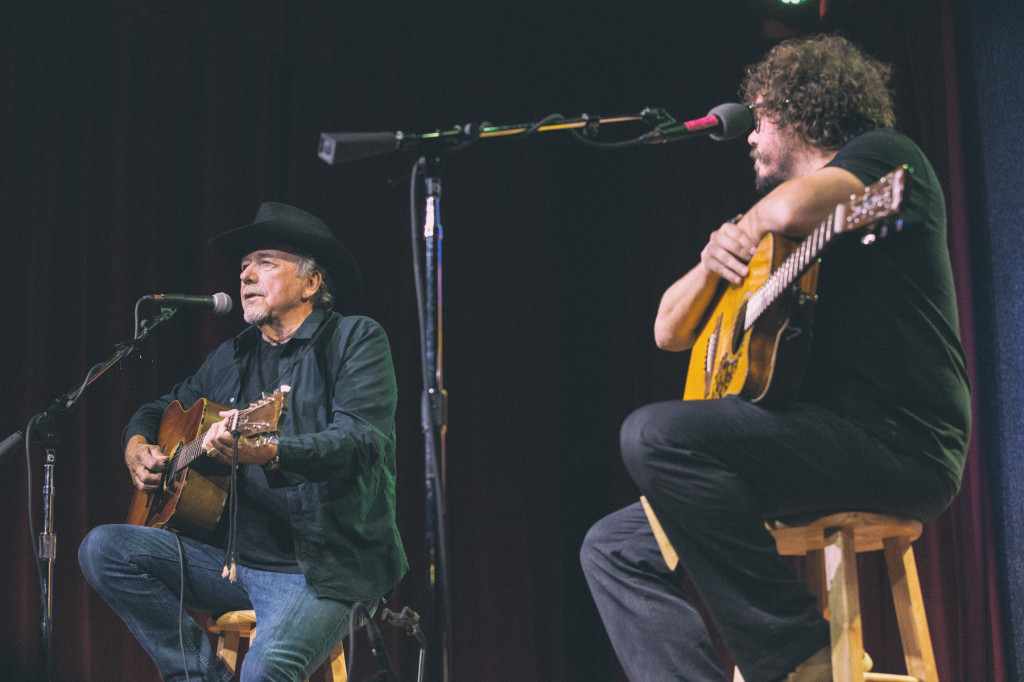 The stage was set with two bar stools, two guitars, and two Bobby Bares. The crowd was light for a Friday night, but they made up for their small numbers with explosive enthusiasm. Bobby Bare Sr. took to the mic first and introduced himself as “Hi, I’m the old one”. Always the entertainer, he started the night off with some jokes and continued the humorous banter as he had Jr sort out some technical difficulties.

Soon Bare Sr was crooning about girls and cotton fields, and his amusing “tale/tail” of warning not to go swimming with mermaids. The Tennessee natives alternated songs as they went – Sr. sang a Shel Silverstein tune about growing old in Nashville. In return, Jr amused us with his dreams of Nashville fame (including playdates with Jack White) in “The Big Time”, the first single off his latest album, as well as “Come Visit Me In Music City” with witty lyrics like “The cops carry capos in case you want to change your key”. 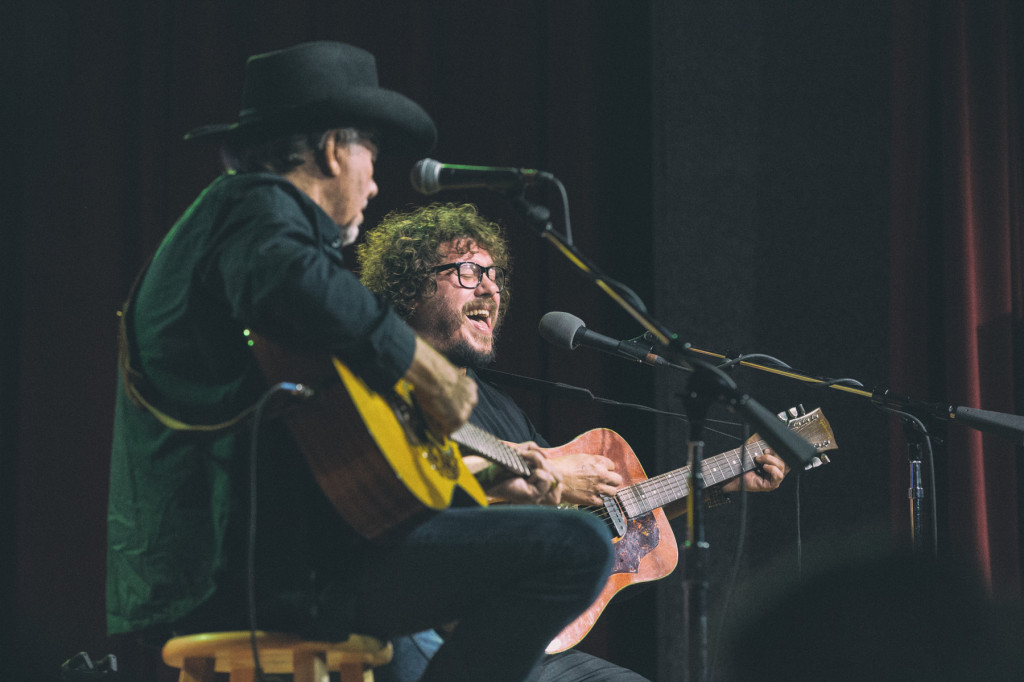 The night had a laid-back feel, as though the audience were sitting about on the Bare back porch – playing music, telling jokes, and hanging out with friends. The Bares don’t take themselves too seriously, even topics that have the potential to be serious or sad, like “Still Gonna Die”, become the kind of songs that make you smile. Bobby Bare Sr., a 2013 inductee into the Country Music Hall of Fame, informed us that his 1976 single “Dropkick Me Jesus” – the world’s only Christian football waltz, happens to be Bill Clinton’s favorite country song. Jr took to throwing both arms up in the air at the end of each of his songs as if he had scored a touchdown to signal for applause. The showmanship apple didn’t fall far from the tree, and we thoroughly enjoyed the night of Sr.’s country charm and Jr’s melodic alternative rock songs. The love and camaraderie between these two great musicians really made the night special.