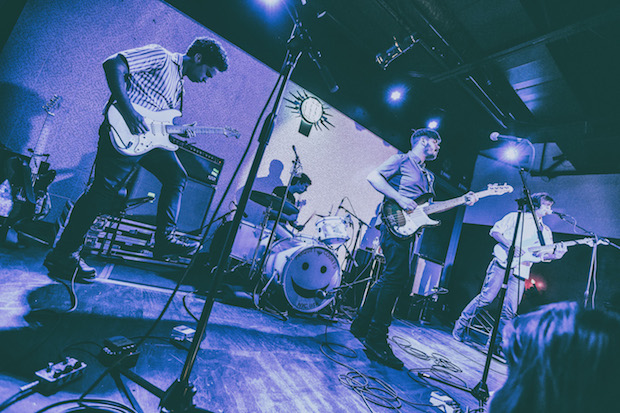 Parquet Courts (aka Parkay Quarts) announced their second record of 2014, Content Nausea, which is set for release via What’s Your Rupture next week, and even more exciting they have a tour that is routed through Nashville on February 5th at Exit/In!  Content Nausea is “something between an EP and an LP offering from [Parquet Courts] to keep folks warm as the temperature drops,” and, based on our first listen, it is an amazing compliment to Sunbathing Animal (released in June of this year) that is likely to be in a number of year end best of lists.

You can stream Content Nausea below, and then mark your calendar for their return to Nashville on February 5th!  Tickets will run you $13, and go on sale 11/7 at 10am right here!  Based on how fast they sold out the Blue Room at Third Man Records, we’d suggest you don’t dilly dally!