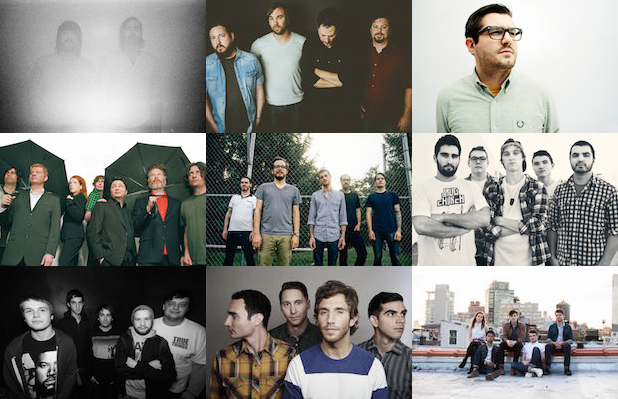 Many nights in Nashville, we wish we could be in two, or even three places at once. Tonight, Nov. 4, however, is one of those rare, frustrating evenings with so many fantastic fall tour schedules have aligned, and a whopping six shows we’d kill to see are all taking place simultaneously. Rather than clog up your feed with individual previews, we’ve decided to round them all up in one easy place for you, with details, ticket links, and preview, below. We can’t tell you where to go this evening, but you’d be crazy not to catch some amazing live music. Keep on reading and take your pick!

Reunited Canadian dance punk duo Death From Above 1979 are back with a second album, 10 years after they exploded onto the scene with their beloved debut. This is only their second time in Nashville ever, and first as a headlining act. We’ve been hyping this show for months, and urge you not to miss out on what could be your one and only chance to catch the group again in Nashville, along with openers Biblical. Head here for an extended preview.

Announced as a pop up show on Sunday evening, emo pioneers Mineral, who are out on their first tour in 17 years, are playing at fooBAR, a space around one fourth the size of many of the rooms that they’ve been selling out on this run. Needless to say, this show is a once in a lifetime experience, and, quite possibly, could be your only chance to catch the legendary group in Nashville ever. There’s a lot going on this evening, and it’s all worth your consideration, but if you’re looking for the most special and unforgettable show of all, this one gets our vote. Into It. Over It. and local Aaron Robinson support.

Celebrating the release of a new full-length, LP3, out now on SideOneDummy, Philadelphia’s Restorations channel a heartland rock and punk inspired sound, delivering an angsty, unpretentious earnestness that many of their peers could learn a lot from. Performing at The High Watt for their first headlining Nashville show ever, the group will be joined by Australia’s The Smith Street Band and local Lauren Farrah. If you’re looking for a low-key rock show with a straightforward punk flair, look no further.

If you fall into the under 21 or under 18 crowd, then this all ages all star pop punk lineup might be just the weeknight escape you’re looking for. Pulling from the realms of pop punk (the good kind, not the Disney-fied radio kind), emo, indie, and straightforward rock and roll, co-headliners State Champs and Handguns will have you rocking out and singing along with the help of openers Forever Came Calling, Front Porch Step, Heart to Heart, and Brigades. Grab your tickets early; it’s likely to sell out!

LA indie/electro pop band Smallpools caught our attention last year with the release of their explosively catchy debut single “Dreaming,” and have remained one of our favorite feel-good groups on the rise ever since. With co-headliners and fellow synthrockers Magic Man on the bill to sweeten the deal, along with openers Waters, Exit/In appears to be the place to be if a night full of keyboards, dance grooves, and infectiously catchy jams sounds like your perfect Tuesday.