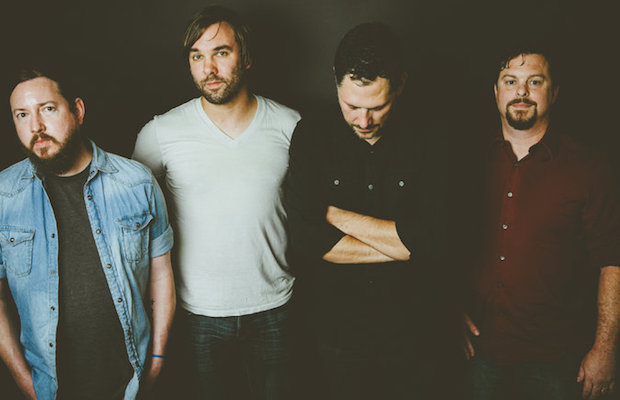 We’ve been bringing you news about quality emo shows since well before this buzzy “emo revival” was even a part of the lexicon, and we happen to fall on the side of “who cares if it ever went away, we’re just happy to see quality bands getting exposure and historic ones reuniting.” The past couple of years have seen a boom of real, old school indie rock derived emo on the rise (not to be confused with the Hot Topic, swoopy hair pop punk crowd that took over the term), with a plethora of new(ish) acts like Into It. Over It. and Nashville’s own Free Throw, to renewed interest in old ones like Saves The Day and The Get Up Kids, to high profile reunions from bands like The Promise Ring, American Football, and, most recently, Mineral. Lesser known than peers like Jimmy Eat World and Sunny Day Real Estate, who managed broader mainstream appeal while hanging around long enough to see an emo-inspired pop punk explosion at the turn of the millennium, Austin, Texas based Mineral, still, in their four short years and two LPs of existence, managed to amass a loyal underground fansbase, and to inspire countless like-minded acts with their brainy, dynamic, and, well, emotional take on the genre.

For the past two months, Mineral have been out in celebration of the 20th anniversary of their formation, their first tour since disbanding all the way back in 1998- a reunion emo purists had been hoping for, but not realistically expecting, ever since. Whether or not this reunion will carry beyond the band’s current run remains to be seen, so, naturally, we were disappointed that no Nashville date was announced (it’s unclear if the band have ever played Music City, in fact). If you were disappointed as well, we have some crazy exciting news for you- Mineral will be performing a pop up show at fooBAR this Tuesday, Nov. 4, with tourmates Into It. Over It. and Nashville’s Aaron Robinson. Tickets go on sale TONIGHT at 8pm here, the show begins at 8:30 pm (doors at 8), and, as always, it’s 21+. We have a feeling once the word gets out, this one’s going to be nuts! Don’t miss out of a once in a lifetime opportunity to see an important, underappreciated part of musical history; grab your tickets now! We’ve embedded the group’s entire discography below, if you need a refresher.