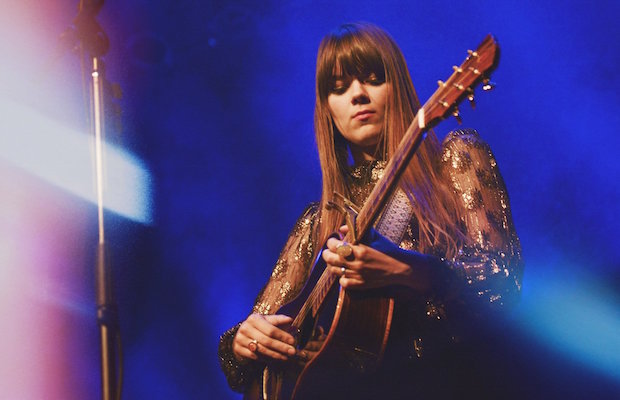 Amazing and otherworldly as they were, no one seemed more excited about First Aid Kit‘s recent headlining debut at The Ryman Auditorium than First Aid Kit themselves. Though they hail from the suburbs of Stockholm, Sweden, the duo, made up of sisters Johanna and Klara Söderberg, are certifiable country superfans, and The Ryman, in all of its historic glory, had them absolutely beaming throughout their incredible set. With support from longtime friend and Oklahoma native Samantha Crain, last week’s show proved not only to be one of the fall’s best, but, certainly, one of the best performances of 2014. Period. Read on for our full review, and gawk at some photos from the fantastic night.

I arrived late the The Ryman (if you keep up with my reviews, you might sense a pattern- parking is a bitch, y’all), and was greeted by the pleasant sounds of singer-songwriter Samantha Crain. Out on stage alone with just a guitar in hand, Crain channelled a confidence, quirkiness, sense of humor, and, most importantly, a deep-seeded command of her art, that many singers would be envious of. Samantha has toured with the ladies of First Aid Kit in the past, but this was my first chance catching her live, and, though I knew very little of her material ahead of time, I immediately connected with her indie and country-infused style, relatable lyrics, and heartfelt delivery. By the end of the set, I felt thoroughly prepared for First Aid Kit, and could call myself a certifiable Samantha Crain convert. 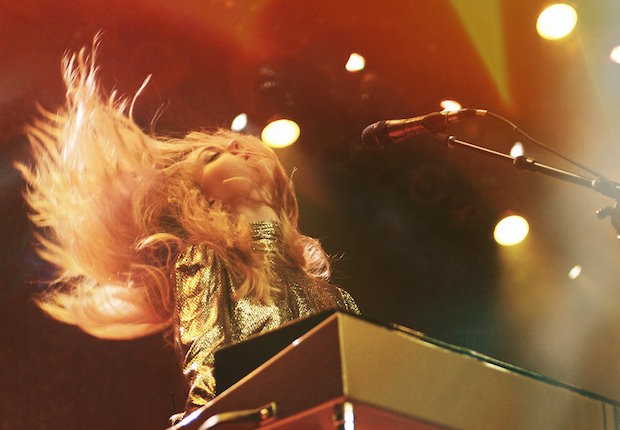 Entering to a stage with minimal, tasteful production, and backed only by a drummer and multi-instrumentalist (pedal steel, guitar, and mandolin), the Söderberg sisters, with only a keyboard, a guitar, and a near stage length’s distance between them, looked absolutely tiny on the The Ryman’s grand stage. Their delivery was anything but, however, erupting into their set with a powerful and haunting rendition of “The Lion’s Roar.” First Aid Kit have made a point to play Nashville once each album cycle, graduating from The End (when they were still teenagers) to 3rd & Lindsley, to, in a magnificent and harmonious fit, the Mother Church itself, and they did not squander the opportunity. The girls seemed truly humbled, thanking the crowd between nearly every song, and gleefully sharing stores about growing up listening to country music, and fantasizing about playing on that very stage. Even their mother and brother managed to make the trek from Sweden to celebrate their monumental achievement. My only prior experience seeing the group was over the summer at Bonnaroo and, though it was still an incredible experience, witnessing what they could do in a proper, acoustically-perfect space, was mind-blowing.

Klara, the younger of the pair, handles most of the leads, and, though she’s only 21, sings with a haunting, mature, and wise delivery that transforms her beyond her years. Similarly, Johanna, who mostly stayed anchored to her keyboard throughout the night, brought to the set some of the most pitch-perfect and haunting harmonies I’ve ever heard, and, between songs, expressed a mountain of gratitude and championed most of the stage banner, including a gloriously dorky set of jokes about cheese. Down to earth and sweet as they air, First Aid Kit’s demeanor should not detract from their powerhouse of talent, and with a set heavy on tracks from their latest album, the Mike Mogis-produced Stay Gold, they had me and the vast majority of the diverse audience enchanted and enthralled throughout every note. 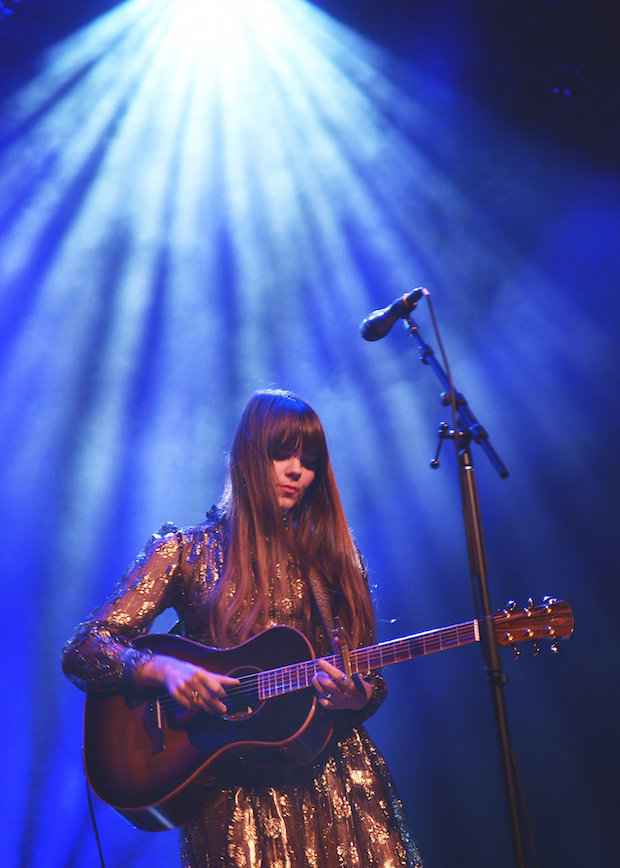 A particular standout moment of the set came when the girls played “Ghost Town,” a personal favorite of mine, unplugged and unmiced, while the entire room tried not to utter a sound. Admittedly, the beauty of that rendition (and all of the set’s emotional highs) nearly brought me to tears. Few bands have such a strong, personal, and resounding presence, and even fewer are able to keep it up throughout an entire performance. Additional highlights included a cover of Jack White’s “Love Interruption,” proceeded by a story of how the Nashville rocker has been so kind and collaborative with the girls over the years (they would even go on to hang with him the next night at Third Man Records), along with a special Nashville-specific cover of an old Carter Family tune, “Will You Miss Me When I’m Gone?”

First Aid Kit are a modern treasure and should, in a just world, be one of the most popular and critically acclaimed acts on the planet. And, while they play with an emotional wright and a musical expertise well beyond their years, I can’t help but feel that the best is yet to come (their leap in writing from album to album is certainly indicative of this), and, when it does, they’ll be heralded as one of the greatest bands in history. For now, though, they’re a special and unparalleled treat for those of us in the know, and, for me, one of the greatest musical moments of my time in Nashville.

Will You Miss Me When I’m Gone? (Carter Family cover)
Master Pretender
Emmylou