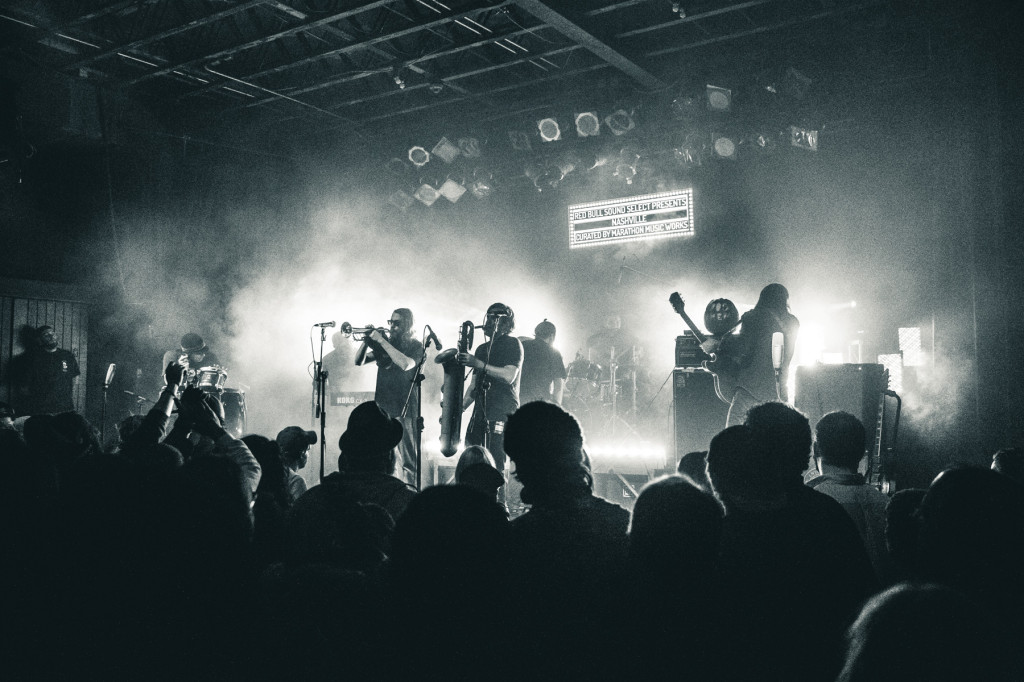 Review and photos by Shawn Jackson of Sundel Perry Photography

We made it up to Exit/In last Thursday for the the hella funky soul rock of Budos Band with Kansas Bible Company and The Tontons. The temperature outside was dropping, so what better to do than pack into Exit/In and dance to some killer music all night? Nothing, that’s what.

Check out below for our review and photos from the fun night. 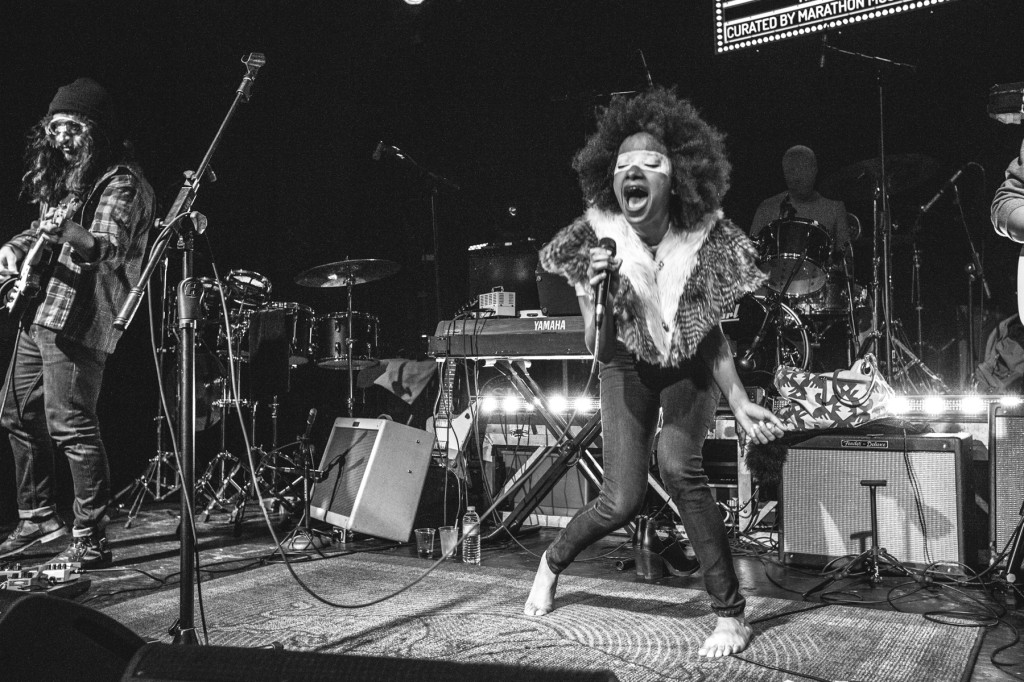 The crowd was still filling in when The Tontons took the stage and kicked off the night. Adorned in their Halloween attire, they dived right into the rock. Even though they’re from Houston, we think they’ll be a band to watch closely. Having listened to some tunes and watched a few videos before the show, we knew they were good and had a strong indie rock sound. What we hadn’t accounted for is how young they looked up close and how energetic and expressive their singer, Asli Omar, was. This is absolutely a band to watch. 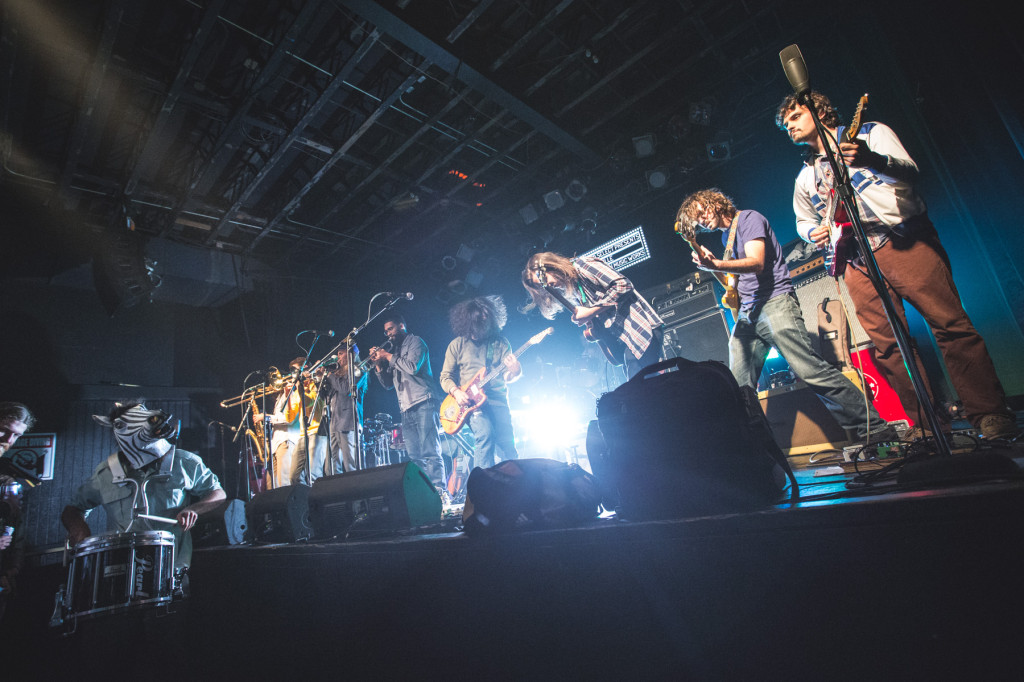 We just saw these guys last month, but Kansas Bible Company still managed to rock our faces off. They kept things very dynamic, shuffling around on stage as they rotated on vocals from song to song. Their rocking energy and great songs are why we keep coming back. 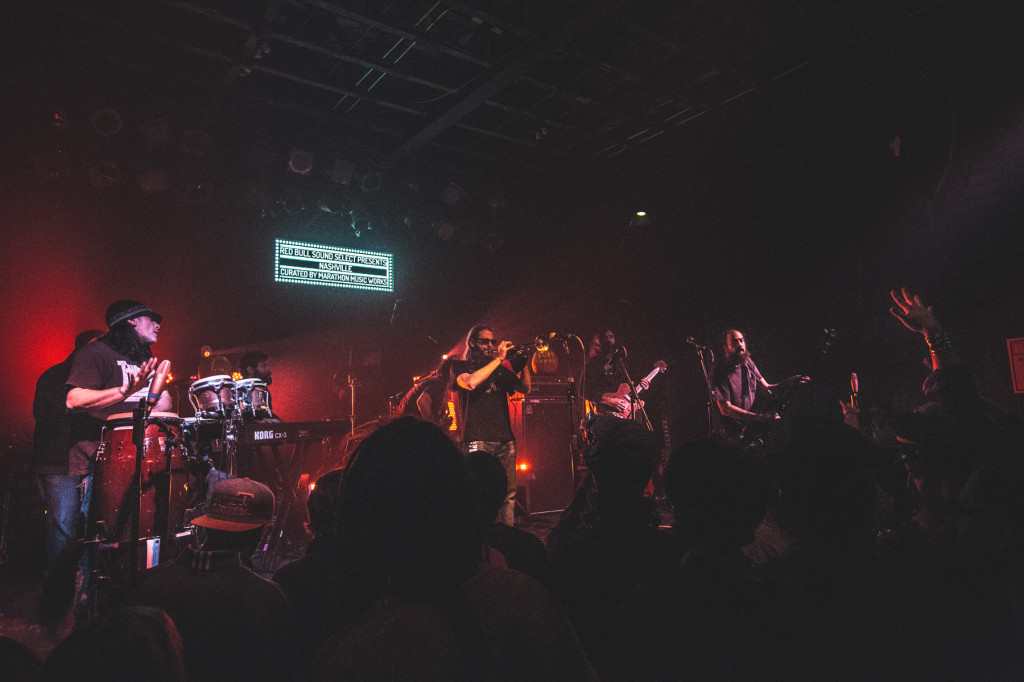 The Budos Band closed the night with their unique, groove-tastic set plus encores. We were familiar with their recordings, as we follow everyone at Daptone Records closely, but we were blown away by the intensity of their show. Their stage presence, the light show, and the entire crowd’s synchronized head bobbing and dancing added a lot to their music. They pull from a lot of influences, so it is difficult to describe The Budos Band to someone not familiar with them. During the show, we decided it’s like heavy surf rock with an awesome horn section and afro-beat rhythms. It takes a lot to keep an audience engaged for an entire performance, especially when it’s instrumental, but these guys pulled us in and kept us there all night.