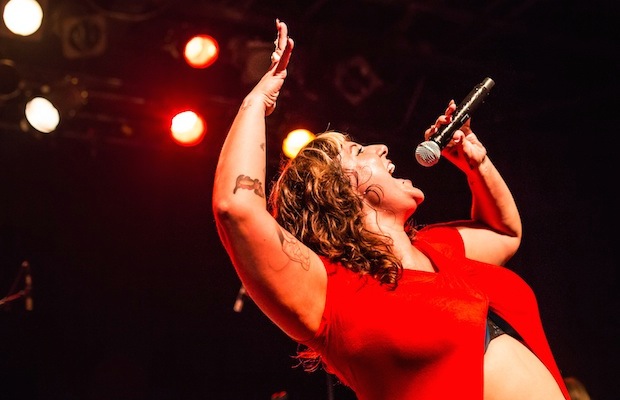 We joined longtime friends of the site and breakout local r&b and soul band Alanna Royale to celebrate the release of their debut full-length, Achilles, last week, and, as expected, it was one rowdy, fun, and incredible night. Read on for our review and photos of the release party, which included support from fellow locals and No Country faves Kansas Bible Company and ELEL. 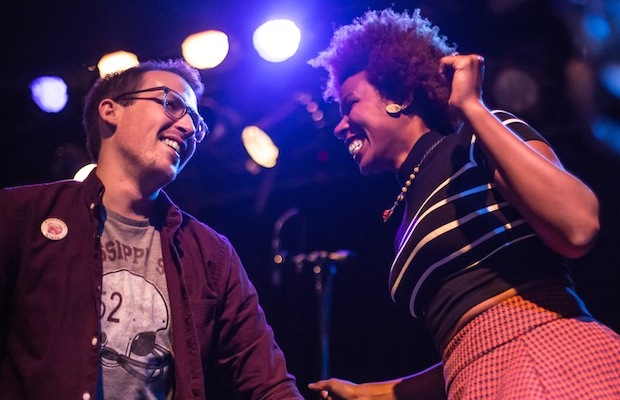 Kicking off the show, ELEL provided the night’s indie rock quota. It’s been awhile since I last saw them perform in town (Road to Bonnaroo, perhaps?), so I was especially ready to get my fix of their poppy, hypnotic, aftro-cuban inspired tunes. Minus a trumpet player and one of their two drummers, the group still played with the fullness and precision I’ve come to expect, putting a slight twist on the arrangements of many familiar songs. Joined by Alanna Royale’s horn section for “When She Walks,” the band delivered an especially inspired take on the tune- one of many tracks set to appear on their forthcoming debut LP. We’ve been saying it since day one, but ELEL are one of Nashville’s best up and coming rock acts, and I’d be shocked if they didn’t seen follow in the footsteps of bands like Wild Cub and Moon Taxi on the path to national recognition. 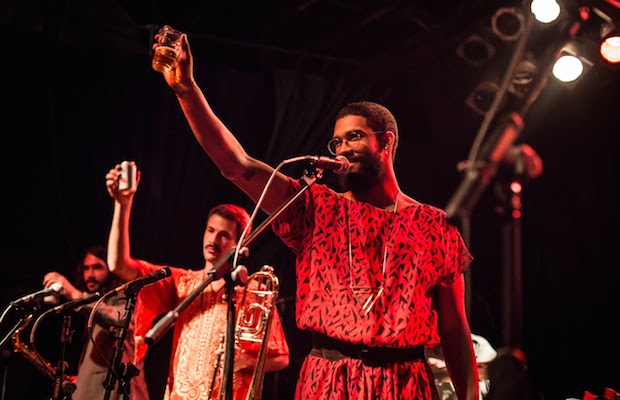 Following ELEL’s pleasant opening set, the stage was littered with as many microphones and as much equipment as it could possibly fit- a sure sign that 12-man band (10, at this particular performance) Kansas Bible Company were in the building. While each KBC show is a unique and high-energy experience, they really outdid themselves this time. Entering to the theme of cult classic television show Twin Peaks, half of the (all male) band were sporting dresses, the other formal attire, and they paused to pose for couples photos as they took the stage. Hilarious antics aside, Kansas Bible Company are one hell of a live powerhouse, and, in support of their longtime friends Alanna Royale, they played with even more ferocity than usual, littering the set with familiar tunes and new cuts from their forthcoming album. 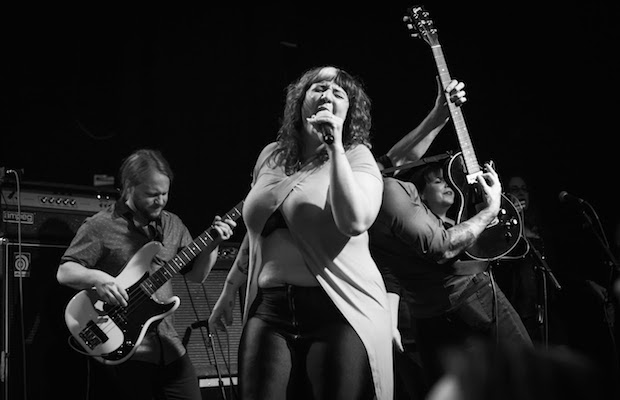 By the time the group of the hour took the stage, the club was packed, the crowd was thoroughly warmed up, and the room was buzzing with excitement. Normally a sextet, for this special occasion Alanna employed the addition of a keyboard player and backup singers, helping bring a new fullness to their sound, and to properly deliver most all of Achilles. Frontwoman Alanna Quinn-Broadus entered the stage donning a bright red, cape-like dress, and proceeded to utterly bring the house down with her unparalleled and thunderous vocals, boisterous and sassy stage banter, and endless charisma.

The performance, which extended well past midnight, included many familiar selections plus a few new ones I hadn’t heard before Achilles. Not to leave out the longtime fans, the group made a point to pepper in some songs that didn’t find their way onto the LP, like “Tennessee Heat,” and flexed their diversity of influences with their choice of cover songs: Black Sabbath’s “War Pigs” and Rod Stewart’s “Do Ya Think I’m Sexy?” I’ve seen Alanna Royale perform at least a dozen times at this point, and, while they’ve never delivered anything less than a stellar set, this performance called back to the magic and electricity I loved about the group’s early shows at The Basement, yet polished and scaled to fit the soon-to-be-famous powerhouse of a band they’ve progressed to be. Watching Alanna Royale grow and get ready to kick off this next chapter of their career has been an especially touching and personal experience for me, and I’m just happy to have been in attendance at such a fantastic and important show.