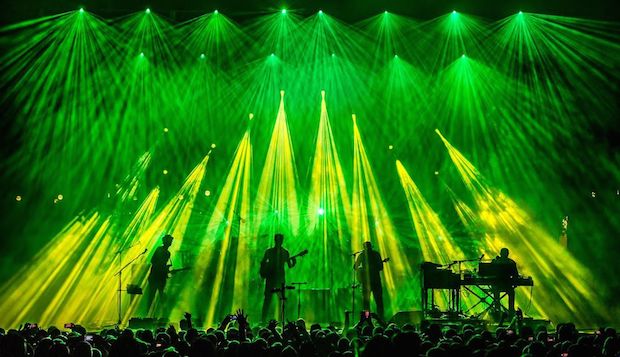 We last covered these guys in anticipation of their Bonnaroo 2014 set back in July and highlighted their mass appeal to festival goers. Coming off the release of their new album, Similar Skin, Umphrey’s McGee is really stepping out to modify their genre. The leading jam band has not only launched their own label, but has also started a tour of shows that are quite revolutionary. The Headphones & Snowcones tour features “a pristine live audio mix delivered via in ear monitors & audiophile headphones” – just check out their video below to get an idea of how it all works.

This being said, we are excited to announce that Umphrey’s McGee will be venturing to Nashville on February 6th to play the historic Ryman Auditorium. While it is still unclear if the Nashville show will be part of the Headphones & Snowcones experience, any version of Umphrey’s McGee is guaranteed not to disappoint. Be sure to get your tickets when they go on sale THIS FRIDAY (October 31st) at 10am right here!