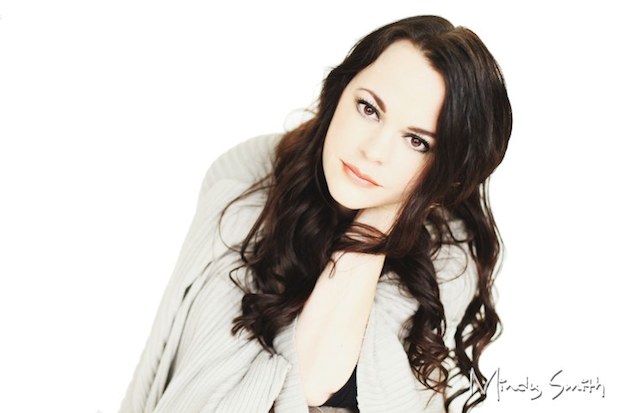 No Country has sent quite a few folks to cover City Winery shows already since they opened earlier this month, but the sold out One Moment More 1oth Anniversary show with Mindy Smith would be my first experience at the new venue.  Blown away would probably be an understatement of our evening, but you should read on below to find out more about this fantastic experience with one of the city’s most talented songstresses.

First off, let’s just say that City Winery is NOT what I expected.  I envisioned a small jazz club type atmosphere that would be an intimate cramped experience, but that was clearly wrong as we approached a building the size of a small casino.  We entered through massive doors into a lobby area that is fitting of a symphony hall or something, but it was upon entering the performance space that we knew we were in for something really special.  The room is massive with tables filling the main floor and a balcony lining above.  It was rather dark upon our entry, but it may be among the nicest rooms that I have visited in Nashville.  How does this room and the wine vibe translate to the musical pairing?  Perfectly!  From a guy that spent the previous night swilling PBR and slam dancing at The End with JEFF The Brotherhood, I was perfectly relaxed in the comfortable venue.  That’s when Mindy Smith took the stage.

Those of you that aren’t familiar with Mindy Smith are not necessarily in the minority.  The semi-reclusive Nashville songwriter isn’t exactly on the same public trajectory that many other Nashville artists of her stature are.  There isn’t a steady barrage of press releases trumpeting new singles or new videos.  It’s almost as if this starlet prefers the soft spoken and quieter way of life.  She is an artist in every facet, as you can see in her artwork, which may further exemplify mornings preferred spent at home exploring creativity than chasing the publicity train.

However, this was not the same Mindy Smith that we spent Saturday night with.  This Mindy Smith was poised and confident. As soon as she kicked off the show with “Falling”, she had the crowd in the palm of her hands, wondering what would come next. The set did not follow the order of the songs on One Moment More, which left everyone expectant to see if their favorite would be next. Mindy playfully bantered with the crowd as she warmed up with favorites “Fighting For It All” and “Down In Flames”. Of course, the crowd was chomping at the bit to hear “Jolene” and “Come to Jesus”, but they would have to wait a bit. Fortunately, the wait included a guest appearance by long time collaborator Matthew Perryman Jones, which became a highlight of the evening. The two partnered for “Who Saved Who”, a song from the Shelter Me project and finished with “Anymore Of This”. Smith teased the crowd with “Tennessee” and “Long Island Shores”, both from the Long Island Shores album. And then the moment we had all been waiting for, and it didn’t disappoint – a beautiful version of “Come to Jesus” was the perfect ending to an amazing night.

All in all, this was our first of many future experiences at City Winery,  and we couldn’t think of a better artist to usher us into this new venue.  Take a look at the City Winery calendar here, and find a show that tickles your fancy and make it a point to get out there.  If by chance, you hear of another Mindy Smith show there, you’d be a fool not to jump on that one.