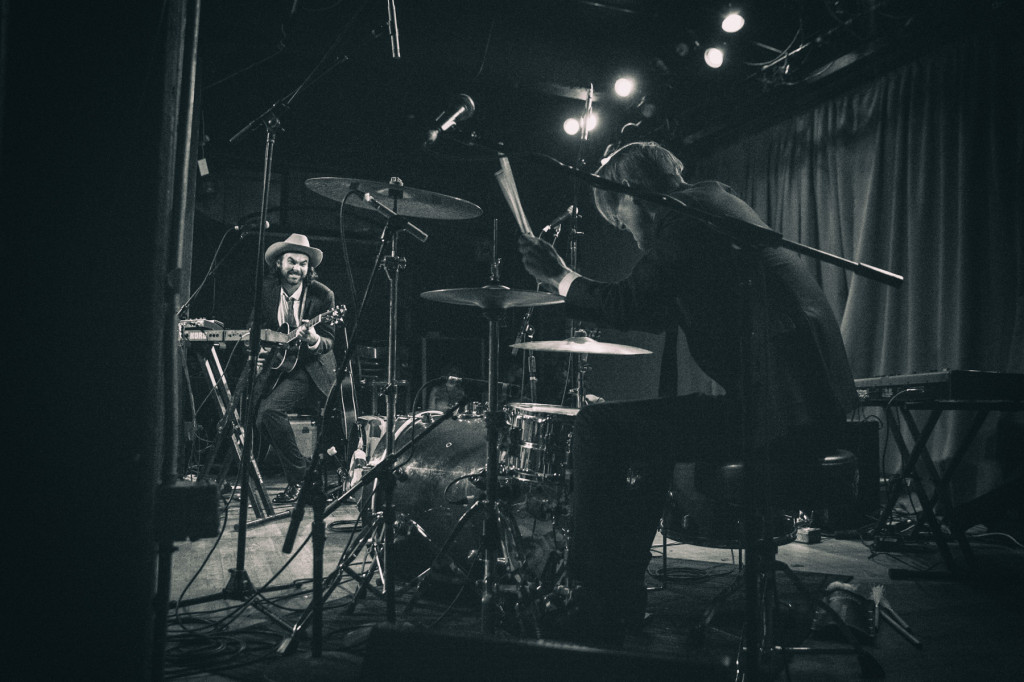 Nothing kicks a Thursday night into high gear like getting in to a SOLD OUT show, and this past Thursday at Mercy Lounge was no exception. On behalf of Music City, we were thrilled to welcome Austin, TX folk/blues troubadour Shakey Graves, Dixieland country blues singer Joe Sundell, and indie rocker Esme Patterson.

The crowd was hyped from the very start, the drinks were flowing freely, Mercy was nearly shoulder to shoulder before Esme had even finished her opening set, and we loved every second of it. If you were there, you already know how amazing it truly was, but if you weren’t, and especially if you’ve never heard of Shakey Graves, please read on after the jump. Also, be sure to check out photos from photographer Shawn Jackson (of Sundell Perry Photography), and of course, stay tuned to No Country for all things in Nashville that rock!

Making great time, for a change, I had a full thirty minutes to kill before the doors opened at Mercy Lounge. I sat in my car, and puffed my one hitter liberally. After my buzz felt good to go, I started walking to the venue, and was surprised to see a massive line of eager fans snaking along the side of the building. I’d been to several sold out shows here before, but had yet to see something quite like this.

While in line, I over heard people saying that tickets were selling online for upwards of $50. Pretty impressive, when you stop to think that face value was just $12. After a bit of a wait, I made it in with my photographer, and we bellied up to the bar. Over some drinks, we caught up, and talked shop until it was time for the music to start. 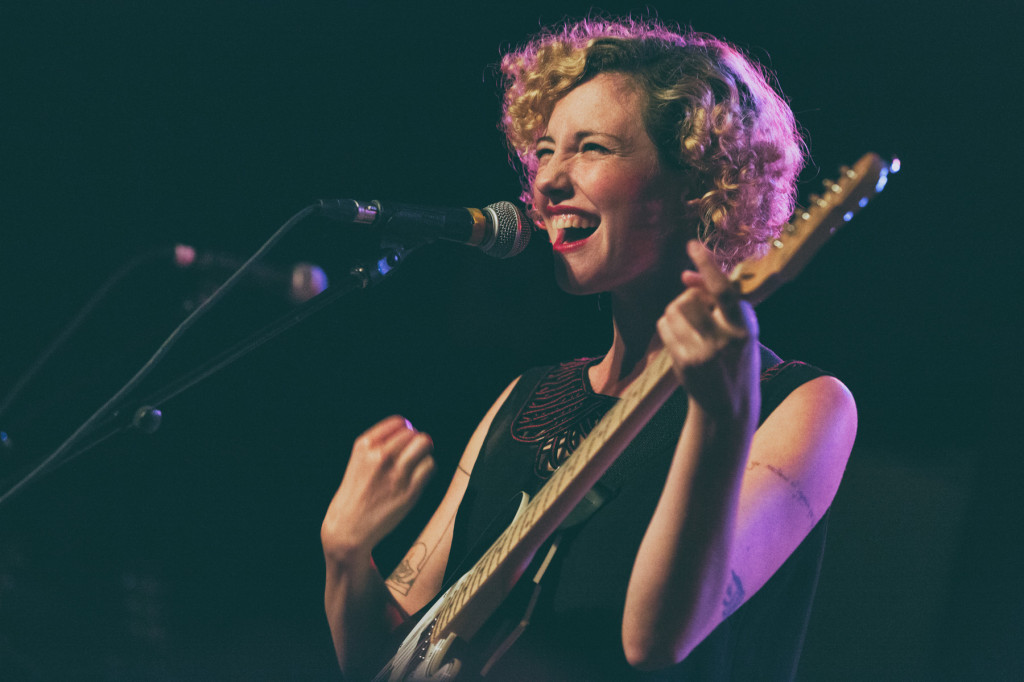 A bit timid at first, Esme Patterson took the stage, her red lipstick accentuating her 1,000 watt smile. Once she started singing she was anything but tame. A striped down Florence and the Machine, with pipes nearly as strong, laced with power chords. You could also mix in a more polished, softer (but not too soft) version of P.J. Harvey, and then you are starting to get a feel for her sound. I would be interested to see how she would do with another, more seasoned guitar player backing her up. She and her drummer plowed through her feminine empowered set, finishing off with my favorite of her songs, “Never Chase a Man”. She thanked the crowd, and before too long it was time for the next act to take their turn. 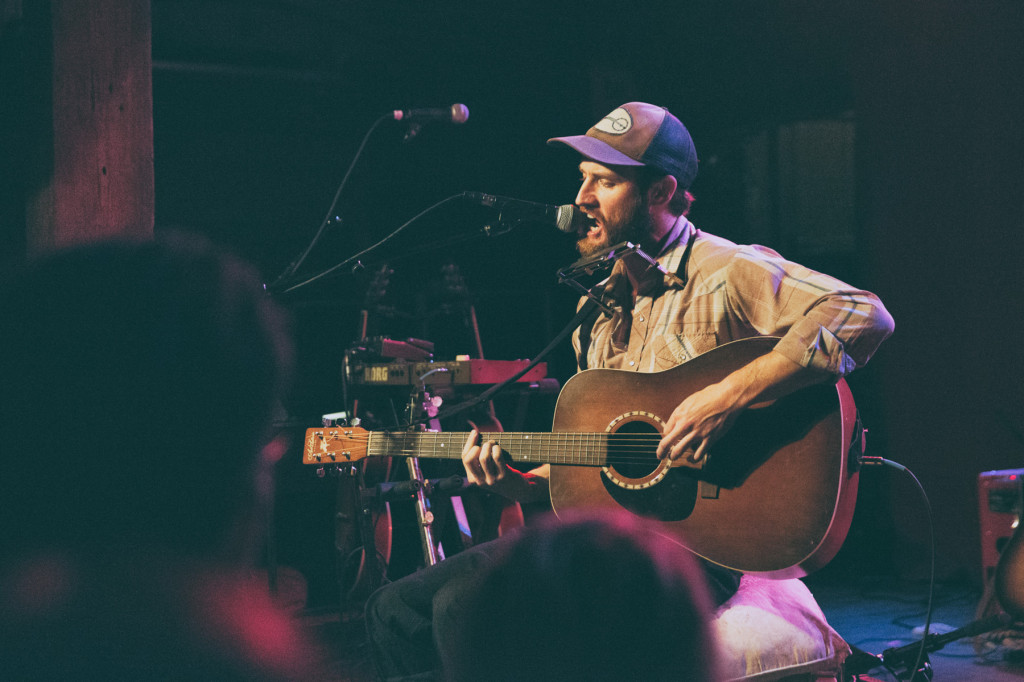 Sitting at the front of the stage, stomping out the beat on a kick drum, picking his guitar, and blowing his harmonica, Joe Sundell was something like a force of nature. Although he’s originally from Arkansas, and he now calls Austin home, there was some distinct creole flavor in his his music. A whirling dervish of Bayou blues, and alt-country folk. His pace was phenomenal, and he drew us in immediately. Throughout his set, he would bring out other musicians to help augment his sound. He even broke out the banjo for a track or two, showing off some bluegrass flair. The highlight of his performance was a crowd participation friendly, rambling ditty called “Weed Smokers Blues”.

“Roll it up,” he sang, with the crowd echoing back parts of chorus as instructed. “Smoke till your mind turns to stew … then you’ve got the weed smoker’s blues”. Taking it as a sign, I puffed a few more hits in solitude, before the main event. 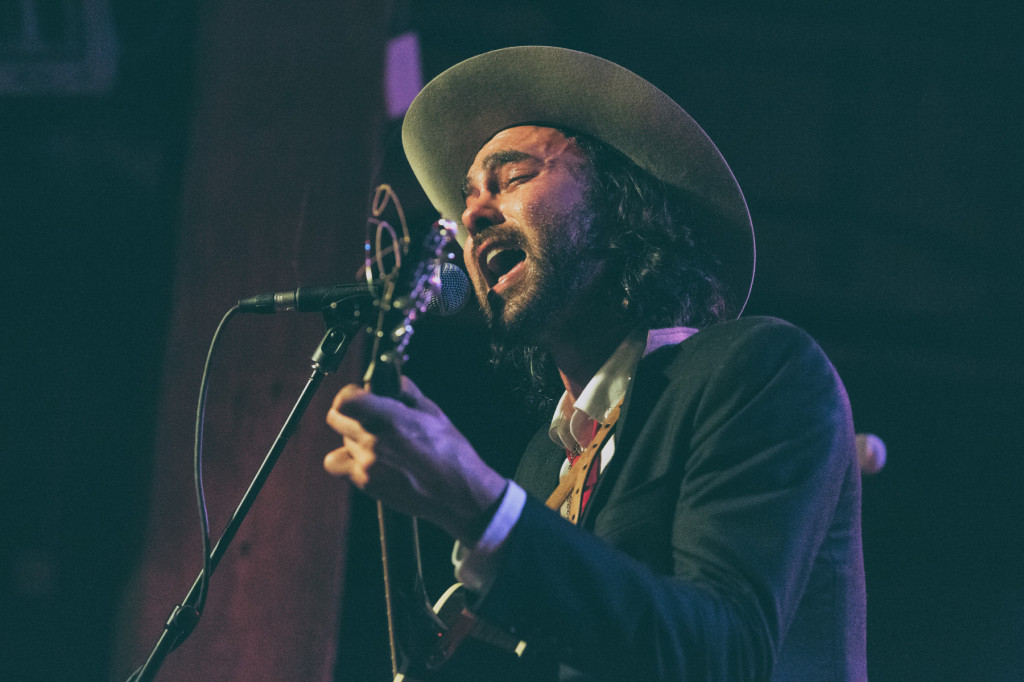 As soon as he strummed his first note, it was obvious Shakey Graves planned to come with it extra hard. The first song “If Not for You”, and probably my favorite song of his newest album And the War Came, had ferocious guitar. Less his trademark alt-folk, more rock ’n’ roll; he played a sunburst acoustic number, rigged to rival any Fender with tremolo bravado, and grungy feedback. He owned the stage, stomping out the beat with both feet on a kick drum pedal, and a high hat pedal, under either foot. A one-man-band at it’s finest, he captivated the capacity crowd with every note.

Only slowing it down for a few songs, including another enjoyable newer one “Hard Wired”, he kept it pretty heavy, hard and fast all night. He was all smiles too, thanking the crowd in-between sips of beer after songs. It was obvious he really appreciated the sold-out crowd of fans. It’s always refreshing to see musicians actually enjoying themselves on stage, which isn’t always the case. After awhile, he welcomed Esme on to the stage to sing, and “all his Austin homies” to play drums, bass etc. He did this through various parts of his performance, to help build a larger, fuller sound, which is what he appears to be leaning towards more now, as apposed to doing it all himself.

He played the new record almost top to bottom, which I was loving, but I heard some people in the crowd griping that he wasn’t doing his one-man thing enough, which is what gave him his cult following to start. To be honest, I liked how he mixed it in with the full band stuff, showing that he has incredible range. I’m not sure I’d want him to fly solo for the full performance. After a badass set, he stepped off stage for a breather, and soon came back for an encore. He started with his first underground hit (and solo performed) “Roll the Bones”, which no doubt made all the hardcore fanboy/girls happy. For his last number, he brought Esme Patterson back out one more time for the amazing lead single, “Dearly Departed”, off the new LP. Dripping with sweat, he waved and took a bow, while we filed out.

For a performer I’d never even heard of three weeks ago, I was tremendously impressed. From little known, to top five performances I’d seen all year in one night. Holy shit! There was also little doubt in my mind that I’d be downloading the rest of his catalog, that I didn’t already have, as soon as I got home. You all should do the same, and next time he comes to town jump on it, because it will only sell-out faster in the future, even if the venue is twice the capacity, I guarantee.