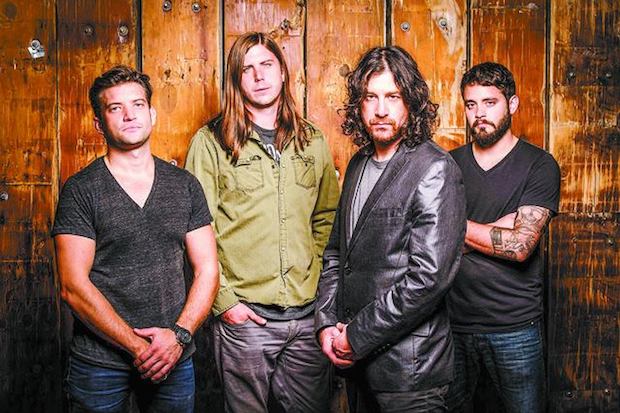 That’s right Music City, the best DIY globe-trotting alternative rock band you need to know about, Edisun, are playing tonight at 12th & Porter. You can snag tickets now for just $8, or you just get them at the door for $10. The doors open for this 18 + event at 7:30, and the music should start around 8 p.m..

Three resident bands will fill out the bill, indie alt rockers Elora Danan and pop rockers Telegraph, and Florida alt rock outfit Anyone’s Guess will kick off the night. We say it all the time, but don’t think for a second that you can’t find a great show in Nashville EVERY night of the week. Read on after the jump for more in for on the bands, and go see them live tonight.

Unlike most bands who get their start doing the local circuit, this NYC five-man power house got their start playing for American armed servicemen and women, in Iraq and Afghanistan … seriously badass. Edisun burst onto the scene officially in 2010 with their self-titled debut. They had two singles (“Medicate” and “Wide Awake”) crack Billboards top 50. They have a new EP in the works, and are touring to give everyone a sneak preview. Check out the video for the former below, and get instantly hooked.

A relatively new band on the local scene, Elora Danan have a fresh, more indie interpretation of alt rock that will still blend very nicely with the rest of the bill. Go ahead and get ahead of the curve on these guys, because we’re sure we’ll be seeing them around for awhile to come.

Self described on their FB page as “classic rock infused pop,” Telegraph draw influence from ’80s rock band icons like KISS, Def Leppard and Guns N’ Roses. Their shows are full of fun antics, which are a bit tounge-in-cheeck (like the music video below), and, at the very least, these Nashville residents promise to be pretty damn entertaining.