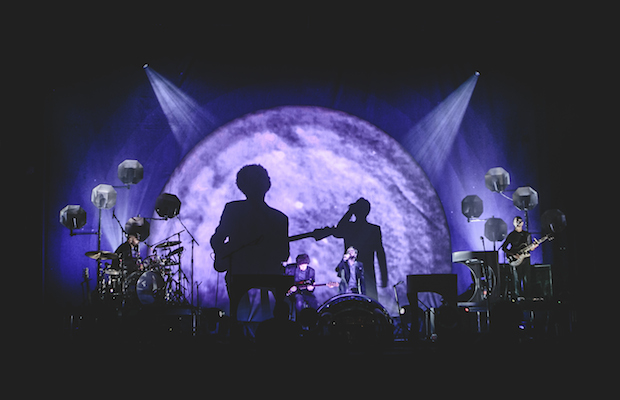 One of the most high-profile pairings in modern rock, with two acclaimed LPs and even a Grammy nomination under their belt, it is, on one hand, somewhat surprising that superband Broken Bells had never performed in Nashville proper before this fall. On the other hand, it’s rather amazing that the group’s two members, Shins frontman James Mercer and superproducer Dangermouse, find the time to make music at all, much less commit to tour. Our first experience with Broken Bells came just a few months ago, with a brief taste of their Bonnaroo performance- great, to be sure, but nowhere comparable to the stunningly well-produced, unwavering musical spectacle that was their Ryman Auditorium debut. Along with ex-Walkmen frontman Hamilton Leithauser, Broken Bells helped bring to a close a fantastic September, and we were there to soak it all in. Read on for our review.

Following an unforeseen delay, I, unfortunately, arrived just as Hamilton Leithauser was bringing his set to a close. Still, I got a taste of “Alexandra,” Leithauser’s best-known and, perhaps, quintessential new solo song. I expected the former Walkmen singer to employ the use of a full live band to fill out the sweeping, nostalgic tunes of his recent debut, Black Hours, but, to my surprise, I found Hamilton front and center with an acoustic guitar, with only a second guitarist backing him (maybe he had more players earlier in the set, but I didn’t see any extra gear to indicate this). An admittedly huge Walkmen fan, I definitely wish I had caught more of Leithauser’s performance, but I expect he’ll be back soon, and I encourage you all to give his debut a spin. 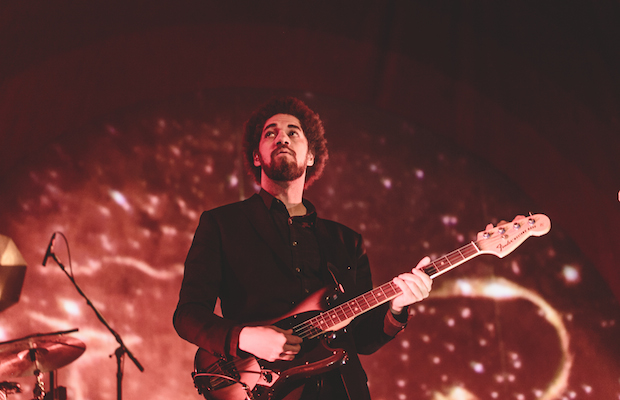 Following a quick changeover, Broken Bells, the duo backed by touring guitarist/multi-instrumentlaist Dan Elkman and drummer Jon Sortland, emerged to, what was, one of the most tastefully well-designed and dynamic stage setups I’ve ever seen at The Ryman. Like their performance at Bonnaroo, Mercer and Dangermouse had white, modern podiums which also doubled as keyboard/electronics stands, and were surrounded by hypnotic lights. The real awe-inspiring aspect of their production design was what best could be described as a spherical, illuminated, interactive video backdrop, however, which, throughout the set, morphed to enhance and pair with each song. At times, it was a static color or pattern, then, seamlessly it would transform into outer space, project back a video for the crowd in front of it, or, in what was one of its most impressive tricks,  serve as the backdrop for larger than life shadows of Broken Bells during a stripped down portion of the set. Undoubtedly, this was one of the most visually engaging and meticulously designed performances I’ve ever seen at The Ryman, but production alone does make a show; in a place as acoustically refined and magical as the Mother Church, the music has to match, and, in the case of Broken Bells, it certainly did. 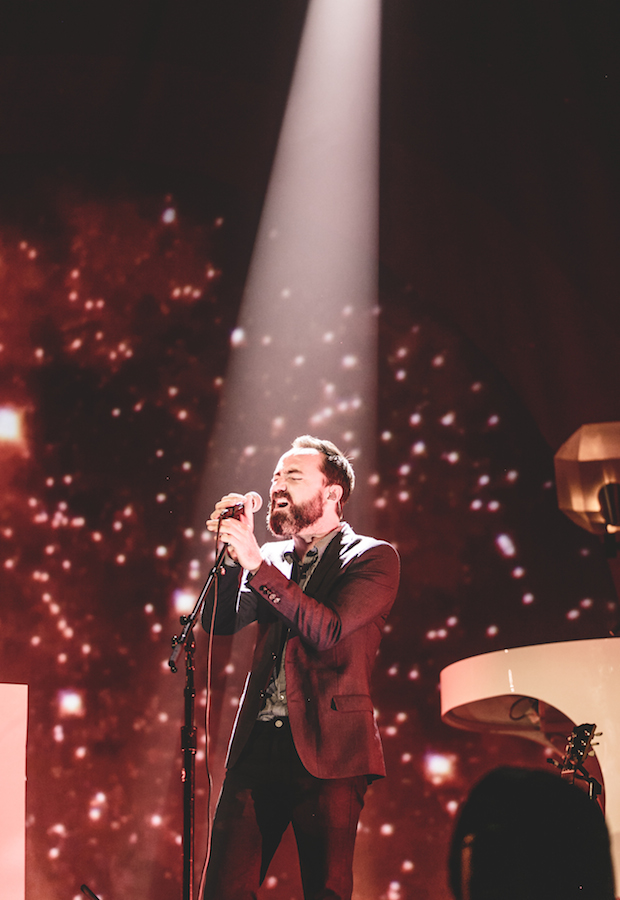 Erupting into their performance with new track “Perfect World,” the group proceeded to largely alternate selections from their first and second album throughout the show’s first half, before pairing tracks in blocks for its finale. With the pedigree of Dangermouse and James Mercer, I expected nothing less than a seasoned, near-perfect show, and that’s exactly what they delivered. Broken Bells seem as much like a band as they do a business arrangement; that’s not to say that the songs are insincere or contrived, because they certainly aren’t, but, at this point in their careers, it’s nearly impossible for either player to approach what they do without some business-informed forethought, and, because of this Broken Bells possess a thoroughness and meticulousness that many young backs lack.

Both members proved versatile, trading instruments and tonal approaches to suit their vast and eclectic catalogue. Clocking in at 18 songs, their set was generous, and standouts included “Vaporize,” ‘The Ghost Inside,” “The High Road,” and closer and fan favorite “Holding on for Life.” It’s impressive that such a monuments collaboration like Broken Bells could even exist, and all the more impressive that their commitment to the project is deep enough to properly tour. While I optimistically hope that they’ll continue to make music for years to come, it’s always heard to say with bands of this nature, so, as if their skilled songwriting, jaw dropping production, and outside accomplishments weren’t enough, I encourage you to see them your first chance, if, for nothing else, to be apart of a special moment in musical history.