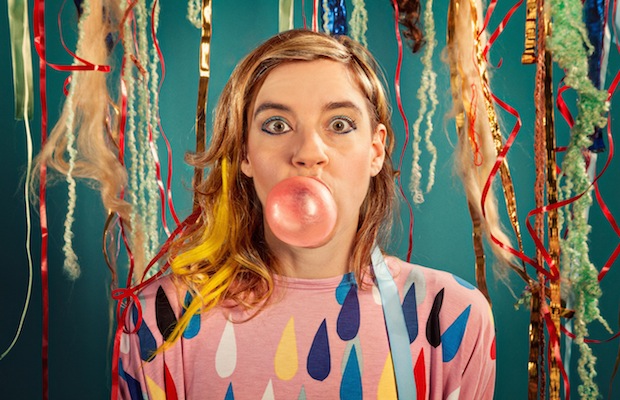 As told you earlier this summer, eclectic indie pop act tUnE-yArDs are performing tonight,  Oct. 9 at Marathon Music Works with James Tillman; a show we’ve been hotly anticipating ever since its announcement. Read on for more about both acts, and pick your tickets now, or prepare to be sorry later.

Centered around eclectic performer Merrill Garbus, and calling on the help of Nate Brenner and  slew of backing musicians in a live context, tUnE-yArDs blends electronic music, indie pop, and afrobeat in an experimental and wholly original way, employing the use of diverse instrumentation, samples, loops, and more. The group entered the scene with their buzzworthy debut album five years ago, and, with the release of their third full-length, Nikki Nack, and subsequent high-profile performances with the likes of Arcade Fire throughout this year, they’ve entered a new plain of critical and commercial awareness. Highly acclaimed and unlike any other band making music today, tUnE-yArDs are especially unforgettable live, and, with the big-but-not-too-big intimacy of Marathon Music Works, you’re sure to get sucked in by their hypnotic show and diverse array of tunes.

Opening things up, New York based James Tillman shares tUnE-yArDs’ eclectic sensibilities, but lands more on the spectrum of soul and r&b. His debut EP, Shangri La, dropped earlier this year, and has been earning Tillman well-deserved buzz in the subsequent months. He’s a perfect compliment to the evening’s headliners, and, best we can tell, this marks his first Music City outing, so be sure to show up early and give him some support!