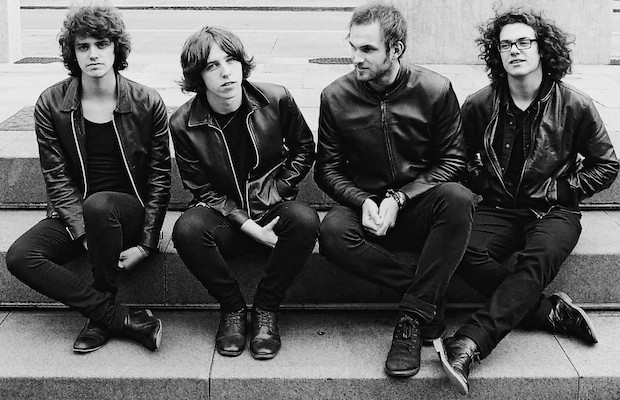 We told you about how great Catfish and the Bottlemen are back when they were featured as one of our Club Stage Bands of the Day before this year’s Bonnaroo, and, now, the Welsh rockers are making their way back to Tennessee for a show at Exit/In Tuesday night, Oct. 7, with special guests Blackfoot Circle. Read on for details and grab your tickets here.

The 4-piece band from Llandudno, North Wales released their well-received EP Kathleen and the Other Three back in June, and are now touring in support of their debut album, The Balcony, which arrived last month via Communion Records. Catfish and the Bottlemen made a name for themselves here in the states and in Nashville; in addition to their Bonnaroo appearance, they’ve been featured on Nashville’s 102.9 The Buzz as part of their “Buzz Discover Series,” and it’s easy to see why. Their first single “Homesick” starts out slightly reminiscent of Vampire Weekend, but soon explodes into loud guitar riffs that sound more like The Strokes, and “Cocoon” takes more of a dark, melancholic turn to show their musical range while still making it obvious that they’re the definition of an alternative rock band.

Fellow British band Blackfoot Circle got their start in 2012 when they won a Hard Rock Café Battle of the Bands competition and started gaining recognition locally, followed by the release of their single “Scarlett.” Described as a “melodic, pop/rock band with a splash of punk,” they’re sure to fit perfectly on the evening’s bill.