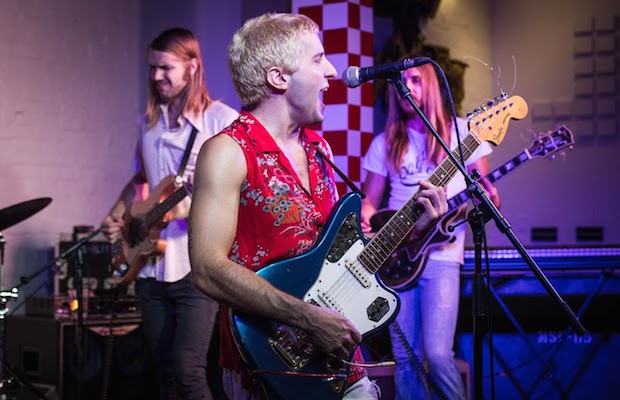 Every single Tuesday, we team up with hip new restaurant and performance space Acme Feed & Seed to host a free showcase of some of our favorite emerging local (and national) talent. For our latest installment, we boasted several firsts: a three band bill (instead of our typical one or two), our first ever hip hop act, and our first touring band. Expectedly, we were especially thrilled about this week’s show, and The JAG, Mountainwalker, and Berkshire Hounds did not let us down. Read on for a recap of the night, plus some great  photos 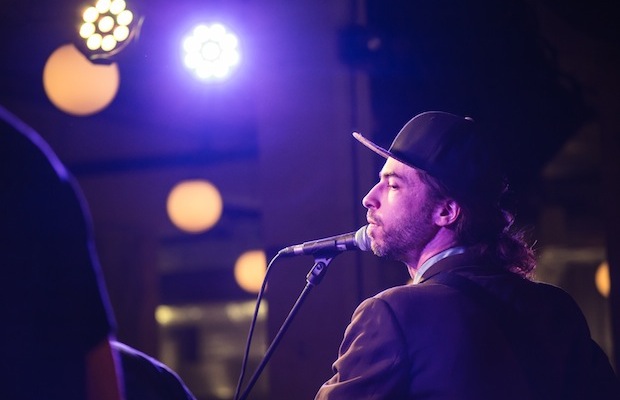 The evening began with a special early set from our first true touring act, Berkshire Hounds (not pictured), a band with Nashville ties but an Austin, TX home base. As we told you in our show preview, the group use the term “grunge” among others to describe their sound, but, both in recording and especially in concert, I found their sound to be much more far-reaching. Channeling a soulful affinity for rock, r&b, and even some folkier tendencies, the band performed a loud, energetic, and buzzworthy set, engaging a full room of largely dinner guests with their enthusiasm and musical precision. While the performance felt all too brief, it left me intrigued, and I found myself revisiting the band’s brand new EP, Rock Bottom, as soon as I arrived home.

A quick set change would bring what is, undeniably, one of our most eclectic acts to date to the Acme stage: Mountainwalker. Straddling the lines between hip hop, jazz, alternative, and jam music, Mountainwalker proved to be a stronger and more fully-realized live force than I ever would have expected based on the recordings I’d heard floating around. Backed by an impressive live band, the emcee mostly handled bass duties throughout, and employed the use of horns, keyboards, and more to bring to life a retro-informed, lyrically profound flavor of hip hop. While not the most technically skilled rapper around, Mountainwalker’s delivery, poetic style, and powerful live chops made him one seriously compelling performer. A high point came when the group invited guests to the stage to cover A Tribe Called Quest, further reinforcing their hip hop legitimacy and invoking a delighted, danceworthy response. 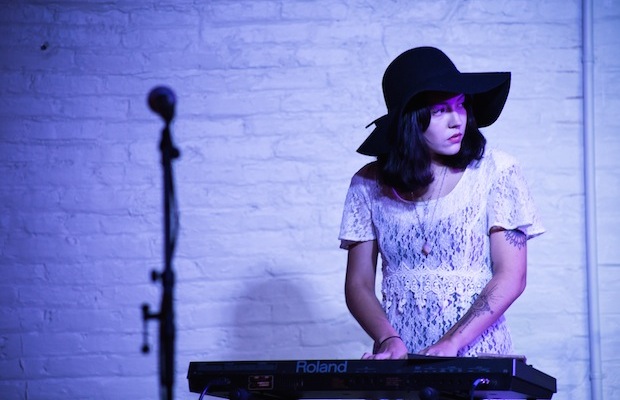 The JAG. Photo by Matt Cairns.

The final act of the evening, The JAG, are a band we’ve written about on numerous occasions, and one who even played our SXSW Send Off party last year, but, somehow, remained an act I’d never had the chance to watch live. Emerging from a break on Acme’s second floor (seriously, make a point to venture up there if you haven’t; they’re even adding sushi soon!), my first thought was: they look different. It only took me a moment to piece together that frontman Aaron Tyler King had traded in his memorable Zeppelin-esque ‘do, which I’d come to know from the group’s various press photos, for a bleached blonde, clean shaven look. It suited their vibe, which was decidedly less retro than I had expected. Sure, they still look the part (I definitely spotted some bell bottoms on that stage), and definitely brought to mind some ’70s psychedelic influences, but, as a whole, The JAG are a melting pot of styles, and are louder, more in your face, and are more timeless and unabashed rock and roll in their stylings than their recordings (or image) might suggest.

Performing mostly originals, the group worked in some covers of Talking Heads and The Moody Blues (which they introduced as a Beatles song- a joke, I hope), the latter of which proved to be one hell of a powerful finale, showcasing the group’s ability to turn a fairly downtempo track into a loud, energized, and resonant moment. King spent a chunk of the set on guitar, but also managed to roam around the room, interacting with audience members and prompting crowd participation. With the aid of a keyboard player and percussionist, The JAG’s sound was thick and well-rounded, and their performance, which ran overtime (always great to see a band who love playing so much that they throw in some extra material), was beyond memorable. All things considered, I think the three-band format, especially three such diverse bands, was a success, and, hopefully, is something we’ll be trying for you again very soon. 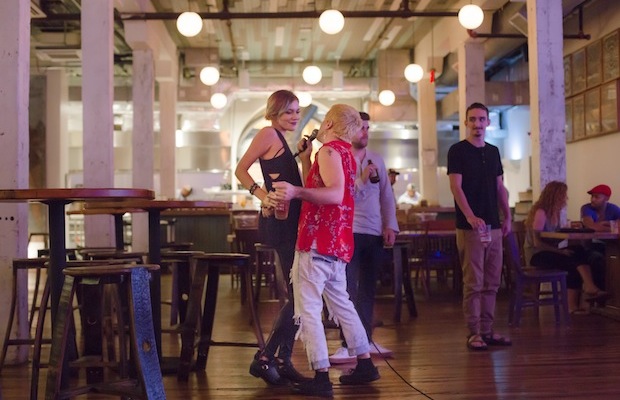 The JAG. Photo by Matt Cairns.

Next week, the fun continues with soulful Americana rockers The Reneaus and surf rock instrumentalists The Beech Benders. As always, it takes place Tuesday night at 8 p.m., and is free to anyone over 21! We hope you’ll join us!