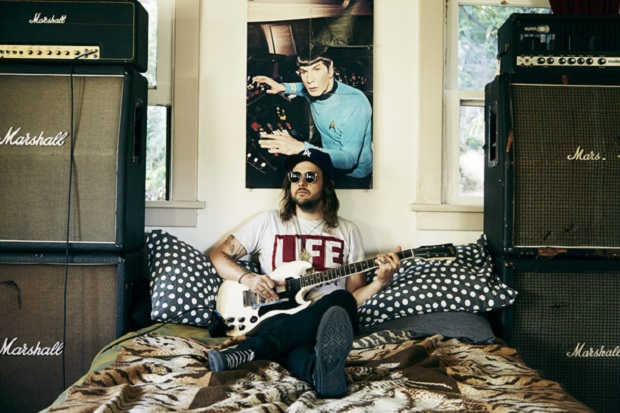 It’s been a couple of years since Kyle Thomas (dba King Tuff) graced Nashville with a VFW show, a commitment to The Stone Fox, and a pop up show at Third Man Records, but that left Tuffy with enough time to drop his latest Sub Pop gem Black Moon Spell which released last week to significant acclaim for the garage glam maestro.  While it didn’t create quite the buzz as last year’s Burger Record reissue of the 2008 masterpiece Was Dead, it is still a strong effort and worthy of a sleeve in your record collection.  Check out “Eyes Of The Muse” from the new album, which sounds like it is surely a little diddy from your dad’s dusty record collection, below, and then jam out to the seminal hit “Sun Medallion” from Was Dead after that.

If you haven’t seen King Tuff yet, make that happen tonight at Mercy Lounge.  The shows are an experience and Thomas is a character to behold.  The doors open at 7pm, and things get started around 8pm with Lee Bains III & The Glory Fires and JP5.  This show is all ages, and you can still grab $10 (18+) and $13 (under 18) tickets.  Also note… those of you of drinking age, may want to pack on a buzz before you get there, because the few all ages shows that we’ve been to at Mercy force you to drink in the back bar.