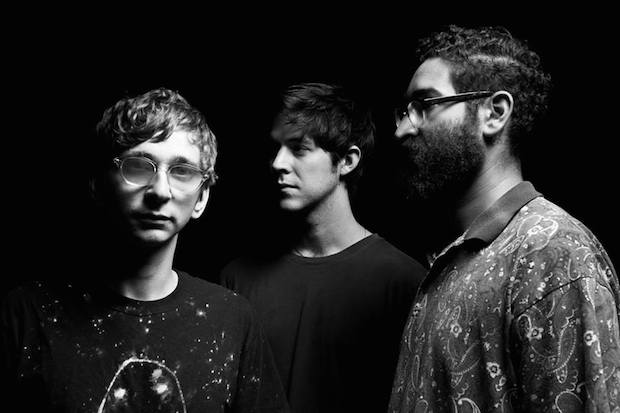 It’s never bad to get some yankees down here into the good ol’ south, and Celestial Shore and Ava Luna are definitely yankees given that their home base is New York. Joined by Nashville’s own Action!, the three groups will all be taking the stage at the Stone Fox tonight at 9PM. It’s the perfect way to remind yourself to have a little fun on a weeknight – just because you have a 9-5 job doesn’t mean your soul is dead, and Celestial Shore, Ava Luna and Action! are all here to remind you of that.

With their second album Enter Ghost due to be out on October 14th, Celestial Shore is wasting no time getting out to promote the upcoming release. The group, made up simply of Greg, Sam and Max, is a Brooklyn-based trio that celebrates the raw ingenuity helping to create their art. The band strips down the layers of music to its beginnings and rebuilds it into something other than the usual sell out pop songs we’ve all heard on the radio. Celestial Shore‘s single, “Gloria,” is an ethereal tune with rock undertones that bring it right back down to earth, making it a song relatable to everyone.

Currently on tour with Celestial Shore is another New York-based band, Ava Luna. The pop group is anything but the typical Top 40 songs, producing music that is doo-wop with a punk twist. They released their second album, Electric Balloon, back in March, and their single “PRPL” is available below for a listen:

The married duo of Dan and Robyn Burns are the creative souls behind Nashville-based Action! Their album Friend Weakend was voted Nashville’s 2nd Best Album of 2010 in the Nashville Scene and is still garnering attention to this day. Check out opening song “This is Your Summer” off of the album below:

Celestial Shore, Ava Luna, and Action! will perform on September 9th at the Stone Fox. The show is 18+, begins at 9PM (doors at 8PM), and tickets are available for $7 at the door.