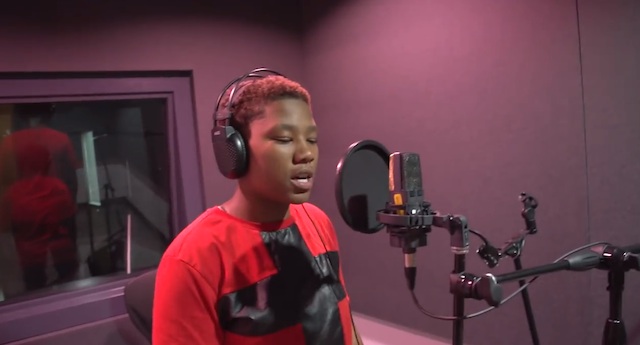 These have been troubled times as of late, no? The sudden suicide of Robin Williams, the beheading of James Foley by ISIS militants, the death of Michael Brown and the subsequent Ferguson situation… there’s unrest all around us and it’s easy to to feel overwhelmed. It’s certainly tempting to hide oneself in a Netflix binge of Bojack Horseman and ignore problems that feel bigger than our ability to solve.

Enter the next generation: Nashville’s own Queen McElrath, a junior at Pearl-Cohn High School. Just when we’re all wondering if music even matters anymore, in less than the span of four days, McElrath has penned and produced a new song that is about what absolutely matters most — the freedom to simply live, inspired by the shooting of Michael Brown. Check out the track and learn more about Queen McElrath after the jump!

Along with her friends (notably Destinee Anderson who takes lead on the chorus vocals) McElrath has recorded her single, “Hands Up Don’t Shoot” and filmed an accompanying video thanks in part to support from Pearl Cohn’s Entertainment Academy which features a recording studio and student-run record label, Relentless Entertainment.

In a time when Nashville is finally getting attention for being a place where more than Top 40 Country records get made, Queen McElrath certainly deserves a listen as an important emerging voice in the future of what Music City might mean to the nation. Her song carries a powerful message that we must not ignore and reminds us that music still has the extraordinary power to help unite and heal us. What’s she’s doing is beautiful in the truest sense. Give it a listen and have a happy Hump Day, friends… be good to each other!