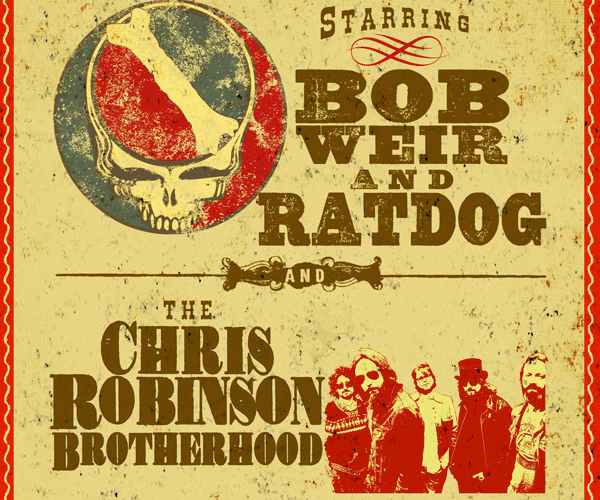 Fans, we have some saddening news to impart: the upcoming RatDog show featuring former Grateful Dead guitarist Bob Weir at The Woods At Fontanel on September 14th has been cancelled. Ticket holders who bought their tickets online should have already received a refund, and, if you bought tickets the old fashioned way, you can return to the place of purchase for a refund.

So far, there hasn’t been any official word on why the cancellations occurred, other than a statement posted on the bands website indicating that “circumstances have necessitated all tour dates…to be cancelled.” While this is rather vague in and of itself, in all likelihood the cancellation is due to an injury. In April 2013, Weir collapsed on stage while playing with his other project, Furthur, supposedly due to a “shoulder injury”. Videos of the performance make a very strong case that Weir was inebriated at the time of the collapse, though whether it was from pain medications from his shoulder injuries, alcohol, or illicit substances is unknown.

We’d like to wish Weir the best of luck in his recovery, and also make sure that fans know that the opening act for the evening, The Chris Robinson Brotherhood, still plans to play in Nashville. However, their show has been moved to Mercy Lounge on the same evening, Sunday the 14th.

Thanks to YouTube user Maitland Robinson for providing the video.