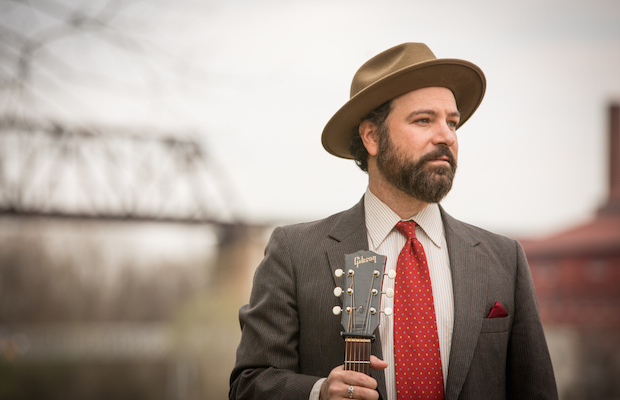 Since late last month, our live events production wing, No Country Presents, has taken up residence at Lower Broadway’s hippest new restaurant, lounge, retail, and event space, Acme Feed & Seed. A shining beacon of cool amidst a sea of tourist-geared honky tonks, Acme’s aim to bring something different to Music City’s historic epicenter, as well as to provide a platform for talented local and national acts who, otherwise, might never have the opportunity to play on Broadway, is perfectly in line with our site’s mission. Every Tuesday night, we’ll be curating a free showcase from 8 to 11 p.m., where we’ll feature some of our favorite emerging local acts. We kicked things off with Kansas Bible Company, continued with a killer performance from Diamond Carter, and, this week, brought you a double header with Bear in the Campsite and Jordan Hull. For the next installment, on Tuesday, Aug. 19, we’re adding in more diversity with the addition of accomplished folk/Americana singer-songwriter Don Gallardo! Keep reading to find out all about him, and cancel any other plans you might have Tuesday night, because you’re coming to hang with us. Got it?

Worldwide touring artist Don Gallardo hails from Northern California, and spent years cultivating his career on the west coast before relocating to Nashville in 2007. Walking the line between classic rock, retro singer songwriter, and more contemporary flavors of folk and Americana, Gallardo is a diverse and multi-faceted performer with a lyrical depth and warm and unique vocal style which helps him weave between genres and provides an immediate relatability.  With three full-lengths, a live album, and an EP under his belt, as well as a fourth full-length on the way, Gallardo has already achieved critical praise, and has had his work prominently featured in film and television. A seasoned performer himself, Don’s backing band, How Far West, also includes an impressive and road-worn panel of players, and, we’re told, will feature some extra special members next Tuesday. You’ll have to come see for yourself, or risk missing out on what’s sure to be an unforgettable night.

Don Gallardo will perform Tuesday, Aug. 19, at Acme Feed & Seed. The show is 21+, music begins at 8 p.m., and, per usual, it’s totally FREE. Downtown PARKING can sometimes be an issue. However, if you’re willing to walk a few blocks, street parking is typically easy to find on the numbered avenues south of Broadway, or along Korean Veterans Blvd. Metered spaces are often free after 6 p.m.